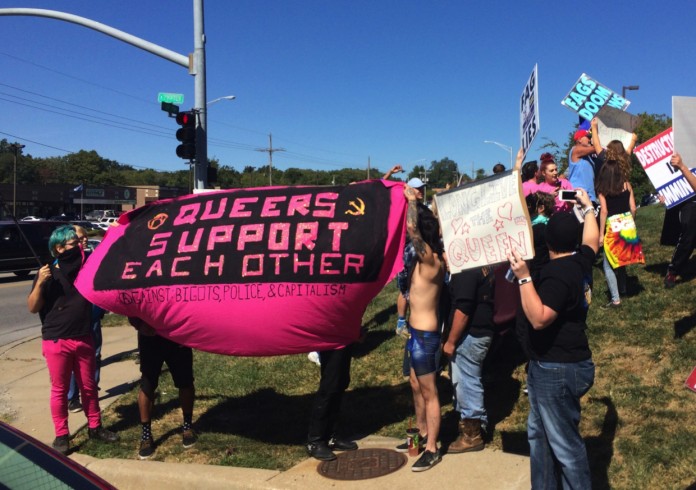 The infamous Westboro Baptist Church, who are best known for their hate speech and homophobia, have been drowned out and run out of town by a unified group that included high school students from Oak Park High School in the state of Missouri.

The church, which has been involved in actions against gay people since 1991, had come to Gladstone, Missouri to protest against recent the election of trans student, Landon Patterson, as homecoming queen of Oak Park High School.

As a result hundreds of high school students, church group members and activists came together as a unified group to ensure that the unaffiliated Baptist church would be unable to hate on the young teen.

The united group ensured that they protected their values and the homecoming queen making sure that they where shouting louder than the hate group, and using posters including ‘queers support each other’ and ‘God loves trans teens’ to block the hate signs with messages of love.

The Westboro Baptist Church were unable to make it to the school before they were forced to leave by the unified group promoting love and acceptance.