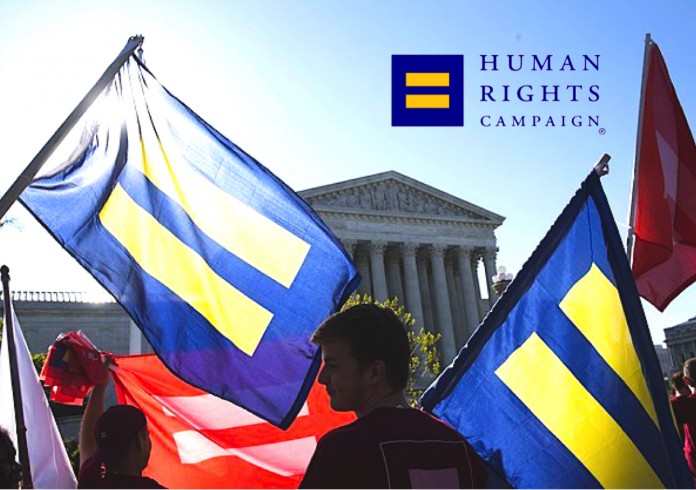 Actress Ellen Page and Apple CEO Tim Cook has both been honoured at the US Human Rights Campaign(HRC), National Dinner in Washington DC.

The Freeheld actress gave a gripping speech and told the crowd that living an authentic life is not something we should have to fight for.

“I am standing on a lot of shoulders tonight and the view is great from where I stand,” said Page

Page accepted the Vanguard Award for being an ‘inspiration to millions’

“We all need to use our influence, whatever it may be, for others,”

Page added that she has been “very, very happy” throughout the past year and half since coming out on Valentines Day in 2014.

“I have been able to experience a lot of things in the last year and a half. Having my arms wrapped around my girlfriend Samantha while we walk down the street, holding her hand on the red carpet, kissing her in the ocean while we surf. Yes, she’s taught me to surf!”

Apple CEO Tim Cook was also honoured at the dinner, for providing a role model for young LGBTI people and received the Visibility Award from the HRC.

“Through his example and Apple’s commitment to equality, LGBT young people, in particular, can look to Tim Cook’s incredible career and know that there is nothing holding them back,” said HRC president Chad Griffin when introducing Cook.

Cook said that he is a “private person by nature, but sometimes you just have to be loud. Because people need to hear that being gay is not a limitation.”

“DISCRIMINATION DOESN’T SIMPLY FADE. IT HAS TO BE PUSHED BACK, CHALLENGED, OVERCOME AND THEN KEPT AT BAY.”

“Thirty-one states, more than half the stars on our American flag, have no laws to protect gay and transgender people from discrimination,” explained Cook during his acceptance speech.

HRC Vice president, Joe Biden gave the keynote speech and congratulated both Page and Cook on their respective honors and successes, saying Page “takes the limelight”.

“The American people are already with you. There are homophobes left, most of them are running for president, I think,” Biden said to the attendees.

To finish off the event Biden congratulated the Human Rights Campaign on its work in fighting for LGBTI rights, saying the Supreme Court decision earlier this year, which legalised gay marriage, was won in part by its efforts.