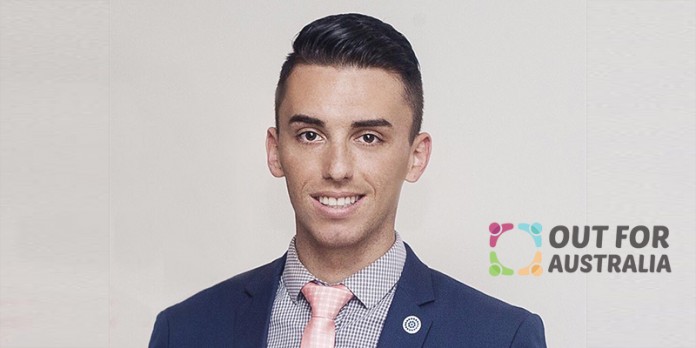 The Out For Australia workplace mentoring group has now expanded its reach following a successful launch of the Western Australian chapter on Friday night.

150 people from Perth’s LGBTIQ and Ally community came to Bankwest to celebrate the launch of Out for Australia in WA.

The launch was the biggest interstate launch in Australia to date with some very influential business and political figures in attendance.

WA Director Dylan Van Der Walt said the launch in Perth was the result of contacting the National body following their launch in March.

“It seemed like a great initiative as I have had a mentor myself for a while now,” Mr Van Der Walt explained to Eikon.

“I was contacted by one of the Out for Australia(OFA) team members about the programs plans to launch in WA and I happily expressed my interest in becoming involved.

“After speaking with OFA’s CEO Matt Yeldam among other team members, I was fully on board with the program and volunteered to be the WA contact in charge of leading the launch and managing the organisation locally.”

Van Der Walt said one of the prime goals of the organisation in Perth was to raise the profile of the local LGBTIQ professional community so that LGBTIQ university students and young professionals have visible, prominent and accessible role models who can mentor and guide them along the path from university to professional life.

“In addition to our mentoring program we will be running several events each year from roundtable discussions to panel events, as well as events focused on women’s issues, development and leadership.”

Out For Australia in WA will not only have a strong Perth focus but will be linked with a number of sponsors and partners that have a regional focus in both WA and in Queensland.

The idea behind Out for Australia was fostered by National CEO Matthew Yeldham and is derived from and an expansion of the ‘Out for Sydney’ networking group founded by Rob Atkinson in 2013.

Speaking with Eikon back in March, Yeldham said there was a need for the service to assist those with excelling in their chosen profession.

“Our Mentoring Program, the cornerstone of our organisation, is designed to equip aspiring LGBTIQ professionals with the information, skills, contacts and role models to make their transition from university into the workplace easier,” Yeldham said.

The organisation has been running for two years, first as Out for Sydney and then the National body.

The WA launch on Friday brought together students and professionals who will be involved in the program.

So far the number of mentees nationally has increased to close to 90 students in NSW, 60 in Victoria and 50 in Brisbane.

As much as this initiative is improving the working lives of young LGBTI employees some say that such a program is not needed and in fact many LGBTI professionals would rather fly under the radar and be known as great worker in their organisations rather than as great “gay” workers.

Dylan Van Der Walt agreed that it was ultimately up to the individual whether they wish to be ‘out’ in the workplace.

“For other LGBTIQ people, the fear of being ‘discovered’ or ‘outed’ can be crippling,” Van Der Walt continued.

“LGBTIQ identifying students will often feel very anxious about their place in the workplace as an LGBTIQ person.

“The power of mentoring, sharing stories, experiences and being role models allows students to feel comfortable with their identity and focus on achieving their professional goals.”

Van Der Walt said he has not himself faced homophobia in the workforce but believes it does occur and organisations such as Out For WA will influence the cultural change required in Australian workplaces.

“Homophobia does occur in the workplace and it is the role of LGBTIQ people and their allies to call it out for what it is.”

“Having worked in a number of different industries, it is clear to me that the culture of an organisation plays a key part in the acceptance of LGBTIQ people and diversity more generally.

“In my experience, often people will not intend to be homophobic or offensive, they simply have not thought about LGBTIQ issues.

“By providing role models, sharing our experience and mentoring we can help influence this culture to be more accepting of LGBTIQ people and reduce homophobia.”

The Out For Australia in WA mentoring program is now open for both mentees and mentors so if you wish to be a part of the launch program in WA visit the website here.