A publication dedicated to revealing the bodies and voices of LGBTQ communities around the world has put the spotlight on Sydney for its latest issue with some participants suggesting they don’t feel welcome in their own community.

The international magazine Elska was the brainchild of London photographer Liam Campbell who in 2015 started the series of magazines, which is described as a pin-up mag with intellect.

The first magazine was a collection of photographs of Ukraine men in the local town of Lviv as well as intimate stories told in their own words about their lives living in the war-torn country.

Five years later the photographer has finally made it down-under to profile the guys in one of the world’s largest gay cities and found plenty of surprises.

Sydney has a reputation as one of the world’s gay capitals, famous for a huge LGBTQ community, and for celebrations like Mardi Gras but what Elska happily does is let locals tell their own stories, a most sincere and unfiltered view of queer life is revealed through its various editions, yet ‘Elska Sydney’ stands out as one of the most honest editions of all. 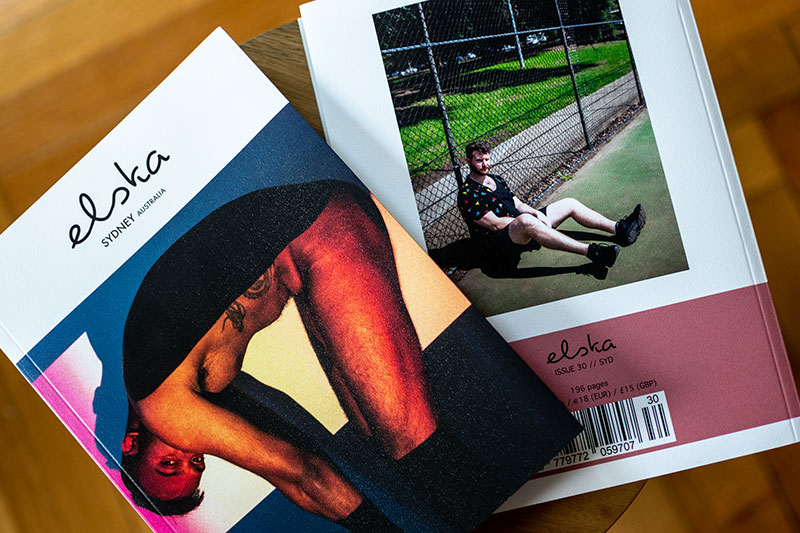 Campbell said that this edition shows a community that is at once proud of their city and also unafraid to admit where it could do better.

“Our policy at Elska has always been to leave our pages open to anyone who wanted to take part, first come first served, but early on I noticed that nearly all the men who got in touch were white,” Campbell said.

“Having read that the demographic make-up of Sydney was nearly 40% non-white though, I decided I had to try to interfere with our
spontaneous recruitment model and start speaking to people of colour directly to find out why so few had been in touch.

“In doing so I was shocked to hear multiple stories about not wanting to take part in a publication about Sydney’s LGBTQ community because they didn’t feel welcome enough there to represent it.

“Some did want to join in though, and many were sure to talk about what’s good and what’s not so good about Sydney.

“That kind of frankness really made me proud to feature Sydney, revealing a community with a lot of passion to be better, and a feeling of responsibility that a place with such a rainbow reputation should serve all.”

‘Elska Sydney’ is divided into twelve chapters, each dedicated to a different local boy and filled with a selection of photos taken in their neighbourhoods and in their homes, dressed in their own style or sometimes not dressed at all.

Their chapters also contain a personal story contributed by the men themselves.

‘Elska Sydney’ is sold in select retailers around the world or from www.elskamagazine.com. A list of stockists and details of the subscription service can also be found on the Elska website.