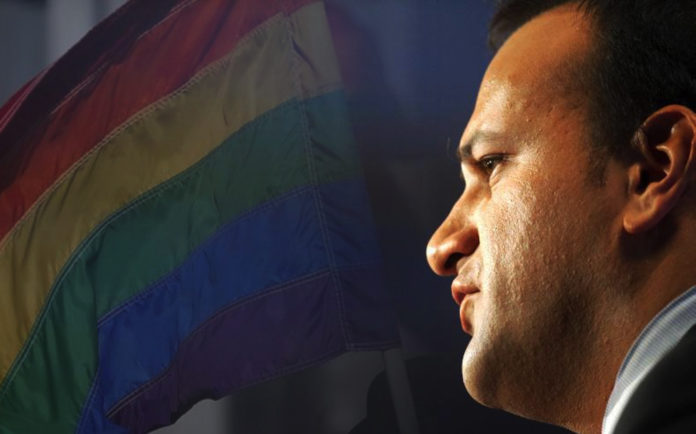 The majority-Catholic country of Ireland has formally elected not only their youngest but also their first openly gay Prime Minister.

Leo Varadkar, the 38-year-old son of an Indian immigrant succeeds Enda Kenny, following a  57 to 50 vote win in the Irish parliament for his nomination as premier.

Despite some 45 parliamentarians abstaining in the vote, Varadkar accepted his promotion to the most powerful office in the country, saying “I’ve been elected to lead but I promise to serve.”

Varadkar who was nominated by departing Prime Minister, Mr. Kenny, won the votes required to secure the position thanks to the backing his Fine Gael party’s minority government and secured the abstention of main opposition party Fianna Fail.

“As the country’s youngest holder of this office, he speaks for a new generation of Irish women and Irish men, he represents a modern, diverse and inclusive Ireland and speaks for them like no other,” Mr. Kenny told parliament ahead of the vote.

Varadkar who was the first openly gay cabinet member in Ireland, rose to popularity among younger voters following his prominent advocacy for the “Yes” same-sex marriage campaign, during the nation’s equality referendum.

Despite being a man of firsts, Varadkar says his sexuality does not “define” him, “I’m not a half-Indian politician, or a doctor politician or a gay politician for that matter. It’s just part of who I am, it doesn’t define me, it is part of my character I suppose.”

Following his promotion, Varadkar has been quick to get bac to business urging the British government not to get “too close” to any Northern Irish party.

“Our role as governments is to act as co-guarantors, not to be too close to any particular party in the North, whether it’s nationalist parties or unionist parties.”

Varadkar added, “That’s certainly something I will emphasise in any contacts that I have with the Prime Minister.”