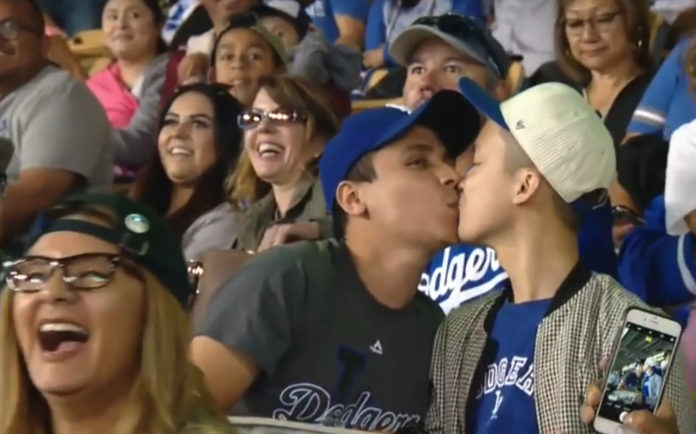 “We have been able to make our relationship with the LGBT community more than just a one-night promotion,” Rosen added.

Along with the Varsity Gay League playing kickball game in the outfield prior to the game, Kiss cam proved to be the most popular of Pride night’s festivities, with seven gay couples being featured throughout the game, whilst being cheered on by the entire stadium.

The Los Angeles Chargers Pride Night helped raise money for the LGBT non-profit, Athlete Ally, whose mission is “to educate and activate athletic communities to eliminate homophobia and transphobia” in sports and to champion equality.

Watch the Kiss Cam Video Below