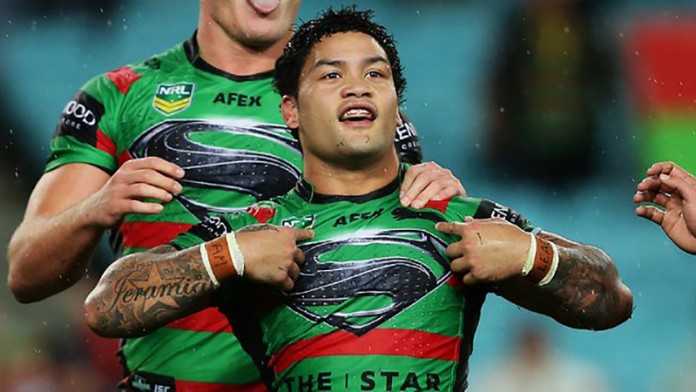 Homophobic slurs in major sport have been put back on the agenda following the announcement by the National Rugby League (NRL) setting a fine of $10,000 against South Sydney hooker Issac Luke for posting a homphobic slur on Instagram earlier this month.

The fine, half of which has been suspended, was the result of the New Zealand rake responding to criticism of him on his Instagram account after the controversial Souths-Canterbury Good Friday clash by writing “get off my page you lil poofters”.

Luke later deleted the post and apologised for making the comment, but was still hit with the fine by the NRL on Tuesday following an investigation by the integrity unit.

“There is no place for vilification of any kind in rugby league,” the NRL said in a statement announcing the sanction against Luke.

However the game’s governing body said Luke was provoked into making the comment and took into account the fact it was deleted and his subsequent apology.

“We believe that education is the most important element in dealing with vilification matters such as this,” an NRL spokesman said.

“So we will require Issac to undertake an education program in tolerance and equity in addition to the financial penalty.”

This latest issue followed the gay slur by NSW Waratahs blindside flanker Jacques Potgieter in which he called Brumbies halfback Nic White a “faggot” in the Waratahs’ 28-13 win against the Canberra-based side in March.

At the time Former Wallabies captain David Pocock slammed the use of homophobic slurs in the ACT Brumbies match, saying: “You can be the toughest man in the world, but it’s got nothing to do with that sort of language.”

Pocock pleaded with the referee Craig Joubert to take action after separate occasions, which is understood to have been by Potgieter, saying on the field: “You heard that sir … you can’t say that, there could be gay players out there.”

He continued: “That’s fine, but after that their captain said: ‘That’s rugby.’ That’s not right, we can’t tolerate that.'”

The two teams will play each other again this coming weekend and the Brumbies captain Stephen Moore says there will be no recriminations against NSW Waratahs blindside flanker Jacques Potgieter.

It is understood the Brumbies were fuming over Potgieter’s sledge at the time, but Moore said the issue was closed.

“We don’t have any ill-feeling there. I thought it was really well-handled by everyone, including Jacques.

“He got out there and put his hand up and took some action to support the gay community, particularly in the rugby space.

“It was really positive and I think Pocock would acknowledge that as well. That’s dead and buried from our point of view.

Do you think the major sports are doing enough to rid their games of this sort of behaviour?

Does this reflect the attitudes of the rest of the community?

Let us know below.