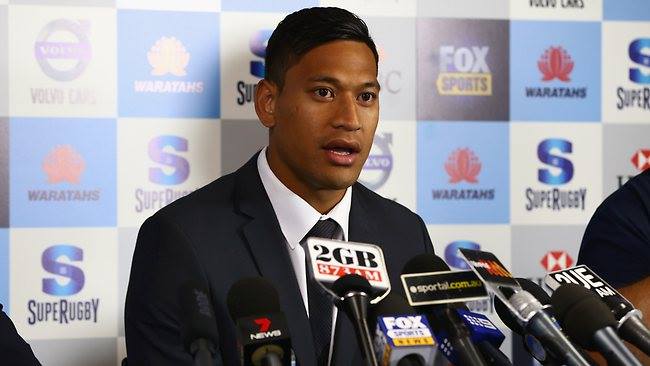 Former Wallaby Israel Folau and Rugby Australia have failed to reach an agreement after a near four-hour meeting on Friday over the termination of Folau’s contract after his anti-gay social media posts.

The dispute appears now to be headed to the Federal court and could possibly be dragged out for years.

A drawn-out court process seems to not worry Israel Folau given his financial backing is secure following more than $2 million being donated through the Australian Christian Lobby’s fundraising drive.

Representatives from both parties met at the Fair Work Commission in Sydney for a mediation hearing, the first formal step in the dispute.

Following the meeting, a frustrated Folau faced the media showing signs of frustration.

“We are disappointed that we were unable to reach settlement with Rugby Australia,” a member of Folau’s legal team said.

“It appears as though that unless things change, we’ll be heading to court.”

Folau said he was “very disappointed with the outcome.”

Rugby Australia officials, including Chief Raelene Castle, left the mediation through the underground car park, avoiding the media without making a statement.

The 30-year-old Folau, who also played Super Rugby with the New South Wales Waratahs, had been hoping Rugby Australia would apologize for terminating his multi-million dollar contract.