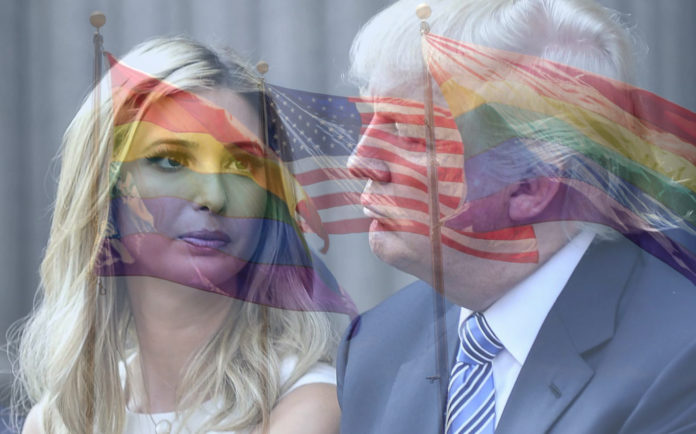 President of the Human Rights Campaign, Chad Griffin has come out criticizing Ivanka Trump, with claims that the first Daughter, is not an LGBTI ally despite her claims to be so.

35-year-old Ivanka who recently posted a tweet in support of the United States’ LGBT Pride Month, has for a long time publicly claimed to support the rainbow community, with many crediting the first daughter for changing her father’s stance on repealing marriage equality in the USA.

“I am proud to support my LGBTQ friends and the LGBTQ Americans who have made immense contributions to our society and economy,” Ivanka wrote on Twitter to her 3.9 million followers.

Despite Ivanka’s apparent public support, Human Rights Campaign president, Chad Griffin says the first daughter needs to do more if she wants to claim the title of an LGBTI ally.

“We need your voice and we need it to be loud,” Griffin explained to Politico.

In conjunction with an increase of anti-LGBTI legislations being introduced across the United States, the election of Donald Trump has also seen the appointment of many individuals with anti-LGBTI views to government, a worrying trend that many activists argue could see the reversal of many gains made by human rights and LGBTI rights movements.