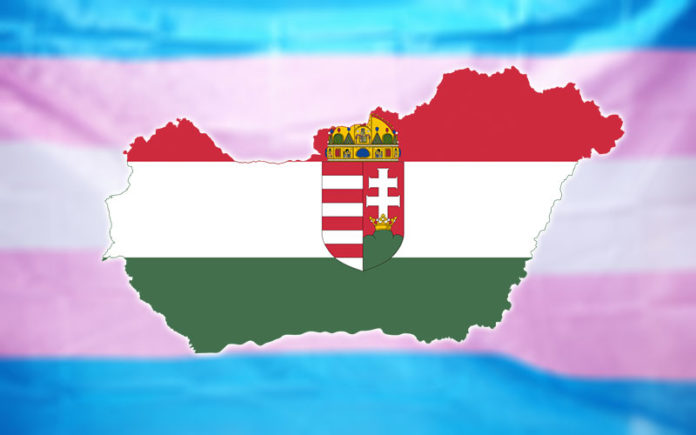 Almost two years after the suspension of gender and name change requests, the Hungarian Parliament has passed a bill that prohibits the legal gender recognition of transgender people.

Although the European Parliament, the UN Commissioner for Human Rights, and other international players opposed the bill, the Government did not refrain from introducing a law violating a constitutional fundamental right.

LGBTI organizations have now turned to the President of the Republic asking him to send the law for review to the Constitutional Court.

Parliament voted by 133 to 57 to pass the bill on Tuesday afternoon, with the two-thirds majority of Orbán’s Fidesz party enough to push it through, in spite of opposition from other parties.

Opposition parties submitted several amendments, which were voted down by the Fidesz-KDNP majority one by one.

According to the bill, the birth sex, once recorded, cannot be amended.

The prohibition of legal gender recognition clearly violates international human rights norms, and the consistent case-law of the European Court of Human Rights.

It also contradicts the consistent practice of the Hungarian Constitutional Court, that ruled in 2005, 2007 and 2018 (in 2018 unanimously) that the legal gender and name change for transgender people are a fundamental human right.

According to the latest Rainbow Europe report by ILGA-Europe, which ranks 49 European countries based on their laws and policies on LGBTI people, Hungary has dropped back to 27th place and lost 22 points, 8.5 in the last year.

Hungary’s leading LGBTIQ community group Hatter Society said they will not give up fighting this law.

“We call on the President of the Republic, Jándor Áder to not sign the law, but send it for a review to the Constitutional Court,” Hatter Society said in a statement.