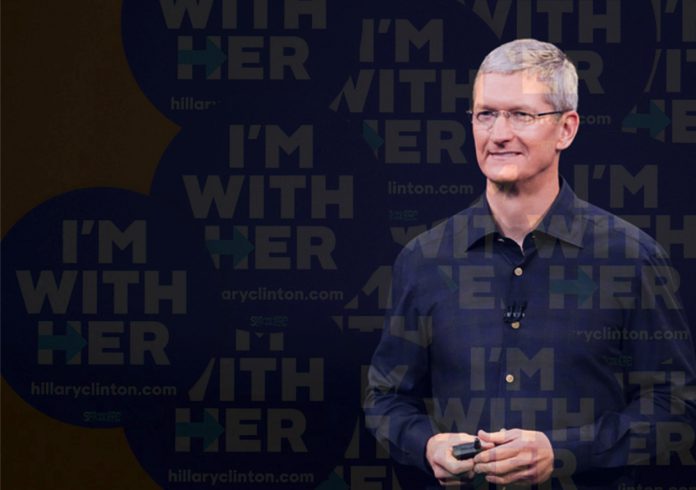 Hacked emails have shown that the Democratic Presidential Nominee, was considering Apple’s CEO Tim Cook as her running partner for President of the United States.

The leaked emails courtesy of the whistle-blowing website Wikileaks confirmed that Cook had been shortlisted along with approximately 30 other candidates, who were considered appropriate for the role of Vice President.

Cook who was also accompanied by US Senator Tammy Baldwin of Wisconsin, if selected would have made history by being the first openly gay man and woman to run for Vice President.

In conjunction with the shortlisted candidates, the leaked emails also showed correspondence between members of The Clinton campaign, who had planned a fundraising meeting with Cook in June 2015.

“We should proceed cautiously,” a Clinton staffer advised in an email, adding that, Cook is “Supportive but new to this so I think we shouldn’t come on too strong.”

Even with Cook ending up hosting a Clinton fundraiser in 2015 his official party affiliation is still not officially known.