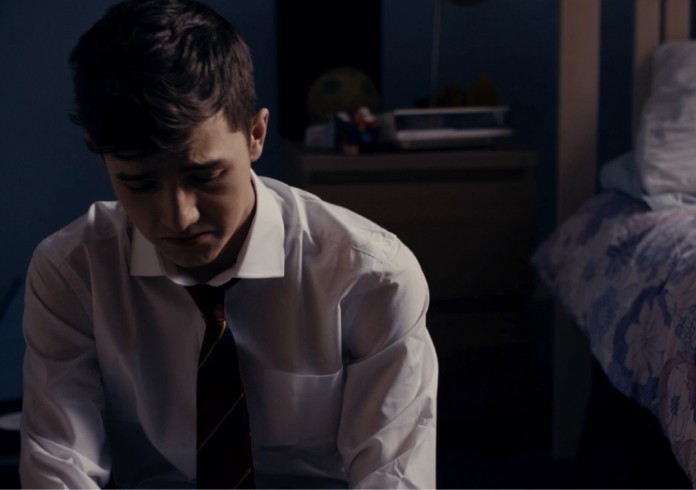 LGBTI short film, directed by Lloyd Eyre-Morgan, Closets, has been awarded the Best British Short at the 2015 Iris Prize Festival in Cardiff.

The film highlights the issue of self-harming amongst LGBTI teens.

“I wanted to make something that was accessible to younger LGBT youths, rather than a lot of LGBT cinema which is aimed at adults,” Lloyd Eyre-Morgan explained.

There is a promising trend around the world of attitudes and behaviours changing towards LGBTI people, however, many LGBTI youth still grow up in homophobic environments. Closet highlights the fact that the acceptance and equality we all yearn for from today’s society is still a work in progress, with many LGBTI youth still feeling isolated and alone.

The film’s cast includes Julie Hesmondhalgh (Coronation Street) who plays the mother of Ben (Ceallach Spellman), a teenager struggling to come to terms with his sexuality. Life takes an unusual turn when 16-year-old Henry (Tommy Knight) is mysteriously transported from the same bedroom in 1986 directly into Ben’s world 30 years into the future.

The pair who are born decades apart, act as a lifeline and support each other in the face of homophobia and bullying. Despite the giant leaps forward in gay rights during the 30 years between them, life for LGBTI teens has failed to improved much at all.

“When I was young I didn’t know any other gay people, and I didn’t really know what being gay was because no one was talking about it to me,” Lloyd explained.

“I didn’t have any examples around me in which other people were gay, and it was never talked about at school either.”

The 26-year-old who grew up in Stockport, Greater Manchester said that he was never bullied for being gay in school, as like the characters in Closets he suppressed his feelings.

“I just thought, ‘OK well I’ll just ignore this and see if it goes away and I’ll get girlfriends’. And obviously it didn’t because it’s not a choice, so in my head I was like ‘what is this?’”

Lloyd believes that the invisibility and un-acceptance that LGBTI youth feel in school is a major problem.

“I think about the kids in school who are struggling with their sexuality, and I think that it really is going to push them back even more when it’s not even discussed.”

Lloyd is disturbed by the self-harming statistics of LGBTI youth and hopes that his film Closets will highlight the issue.

“I want to get it out there because I don’t think a lot of people know about those statistics. I’d love to get this film into schools and screened to a young audience.”

“Growing up is so hard anyway, and when you’ve got your sexuality on top of it, I just think it can be a really confusing time. I want to show them that they’re not alone, there are other people going through this, it really will be OK in the end, and it will get better.”