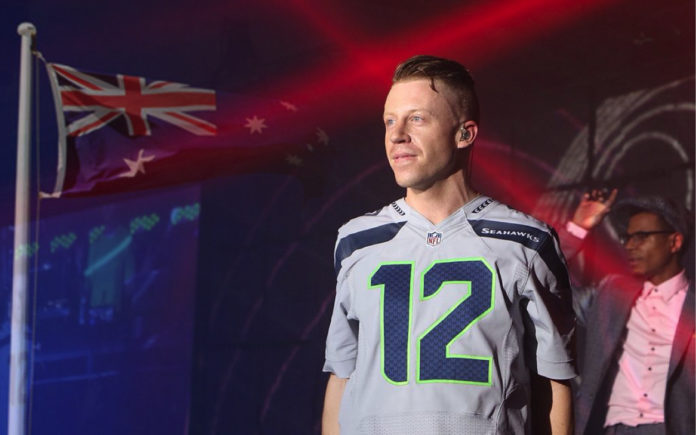 34-year-old Macklemore (Benjamin Hammond Haggerty) who will show which side of the debate he sits on by performing at the NRL grand final pre-show, is well known for his LGBTI advocacy.

With the NRL grand final being one of the largest television events in the southern hemisphere, boasting millions of viewers from across Australia, New Zealand, and beyond, Macklemore’s performance is strategically placed to persuade as many “yes” votes for marriage equality in Australia.

Same love, which was originally released in 2012 shot to number one in several countries around the world and not only promotes marriage equality, but also combats homophobia in mainstream hip-hop, society, and mass media.

The anthem received the 2013 MTV Video Music Award for Best Video with a Message and was nominated for a Grammy with Macklemore performing the song live at the 2014 Grammys alongside singers Mary Lambert and Madonna, while Queen Latifah officiated the weddings of 33 same-sex and heterosexual couples during the live performance.

Speaking about his stance on LGTI rights the Seattle based rapper spoke of the influence his gay uncles had on him growing up in a 2013 interview saying, “I have hella gay uncles.”

“On my dad’s side, out of his four brothers, two of those brothers are gay. They have their respective partners, and I consider them my uncles as well.”