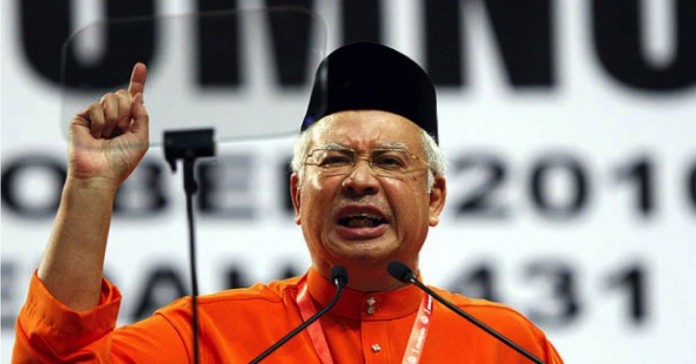 Malaysia’s Prime Minister Najib Razak, believes that LGBTI rights are at odds with Islam, and therefore his government will not protect or support them.

The comments were made at an international seminar on the Islamic concept of Wasatiyyah, in Bangi, Selangor, by Najib Razak himself.

Razor directly referred to the Universal Declaration of Human Rights and said, “Although universal human rights have been defined, we still define human rights in the country in the context of Islam and the Sharia,”

“And even if we cannot defend human rights at an international level, we must defend it in the Islamic context.”

With gay sex being illegal in the Muslim-majority country of Malaysia, and punishable by fines, whippings or up to 20 years imprisonment. The Prime Minister believes that extremists and liberal groups were trying to impose their views on the majority.

“These groups, are hiding behind the facade of human rights to approve their acts which deviate from Islamic teaching,” he said.

“Such groups includes the Islamic State (IS) and Lesbian, Gay, Bisexual and Transgender community (LGBT) are targeting the younger generation to spread their ideologies, and it seems like they have managed to influence them.”

“The logical argument from that would be Malaysia should resign from the UN. Is Malaysia prepared to do that?,” Deputy director of the HRW’s Asia division, Phil Robertson, said.