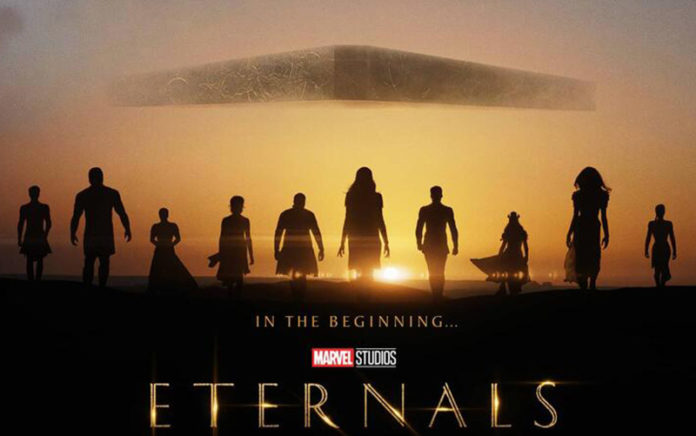 After being postponed because of Covid-19 the Marvel Cinematic Universe has finally introduced us to the Eternals in the first trailer dropped today which includes their very first gay superhero.

Initially expected to be released at the end of 2020, the film will land in theatres in November 2021 and we will finally find out all about this new family of superheroes taking over from the Avengers as the frontline for cinema-goers.

The Eternals are an ancient race of immortal aliens. Endowed with extraordinary capacities, they camouflage their identity and live as if nothing had happened among humans for nearly 7,000 years.

But after the events of the film Avengers: Endgame, they are forced to come out of anonymity while an ancestral threat appears: the Deviants, with powers as colossal as the Eternals but with much more harmful intentions.

And then there is the first openly gay superhero in the Marvel franchise Phastos played by Brian Tyree Henry, Phastos is a member of the community of genetically engineered Eternals on Earth who is an excellent inventor.

Phastos is genetically able to live forever, without dying due to old age or illnesses and is able to create whatever he can imagine provided that he has enough raw materials at his disposal.

The Eternals can boast a star-studded cast with the familiar faces of Salma Hayek, Angelina Jolie and Gemma Chan, while Game of Thrones fans will remember Richard Madden and Kit Harington.

Eternals is directed and co-written by the Academy Award-winning Chloé Zhao, who just won Best Picture and Best Director for Nomadland.

Marvel Boss Kevin Feige recently expressed how impressed he was by Zhao’s talent, and couldn’t believe that some recent footage he saw didn’t contain any VFX.

Soundtracked by Skeeter Davis’ version of The End of the World, the trailer doesn’t give away too much in the way of plot but does introduce the diverse cast of characters, while teasing some of the huge set-pieces fans of the MCU have come to expect.