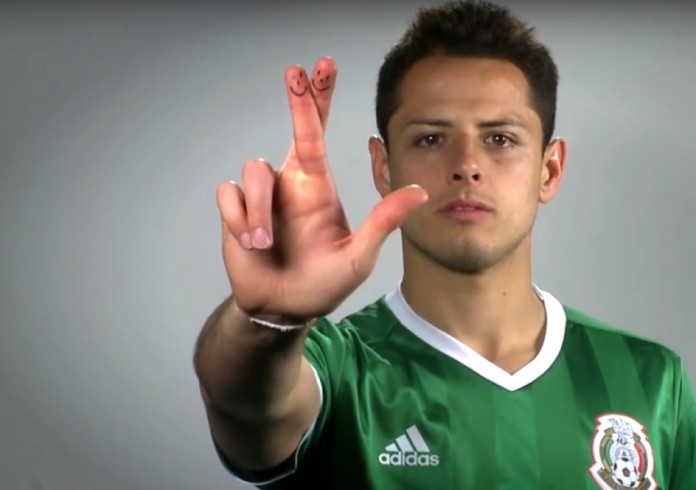 A new campaign in Mexico with the aim of stopping homophobic chanting at football matches has received the backing of local football stars.

The campaign titled “Abrazados por el Fútbol,” or “Embraced by Football,” follows disciplinary action against Mexico after the 2014 World Cup for homophobic chants, which resulted in FIFA imposing fines on the central American nation.

The campaign is described as a collective effort to encourage more respect while rejecting physical and verbal hatred and reads:

“The united will of fans, players, technical bodies, managers, sponsors and associations we want to become a single voice that talk of respect and inclusion and do not judge, preach or censored.”

To coincide with the campaigns a new video featuring Mexican captain, Javier “Chicharito” Hernandez, defender Rafael Marquez, and midfielder Andres Guardado has been launched, with the players explaining that they would like to see “a more peaceful environment, more familiar and more secure for all and all who love this sport.”

The new video has since been played at several games, including the recent 2018 World Cup qualifying match against Canada in the nation’s capital, Mexico City.