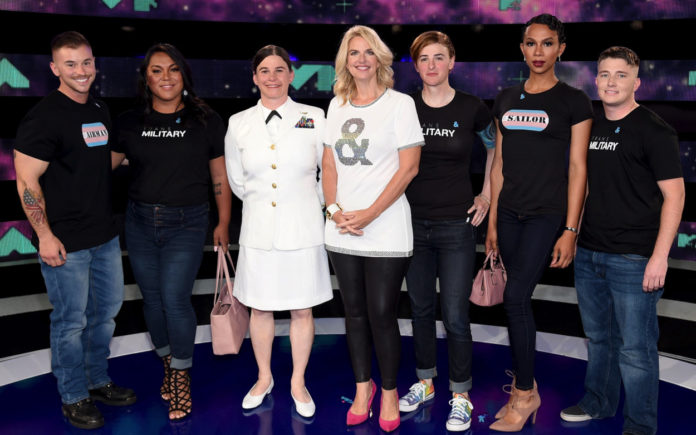 Taking a stand against US President Donald Trumps Anti-Trans stance, MTV has made six trans troops special guests at the 2017 VMAs.

“Any patriot who is putting their own life at risk to fight for our freedom and stand for equality is a hero at MTV, and to young people everywhere,” explained MTV president Chris McCarthy ahead of the awards.

Capt. Peace, who is a transgender intelligence officer stationed at Joint Base Lewis-McChord south of Seattle says “Our nation stays safe because we have the best and brightest defending it.”

“I hope that people who are watching the VMAs see it and think, ‘Hey, if we’re excluding these individuals who are qualified and capable to serve, and we’re kicking them out — and we’re not filing new people into the service solely based on them being transgender, and not based on their potential, are we as safe as we should be?'”

Sarah Kate Ellis, who is the President and CEO of GLAAD has praised MTV for taking a stand on the issue saying: “MTV continues to be a pioneer and fierce advocate for the LGBTQ community by giving one of the most visible platforms to voices that need to be heard.”

“Throughout all the tweets, memos, and speculation, brave transgender Americans are still serving their country and defending the freedoms of this nation while meeting the same rigorous standards of their peers. We are proud to stand with them.”

In response to Trumps proposed Transgender ban, Trans troops and the ACLU (American Civil Liberties Union) have since filed separate lawsuits to try and stop the discriminative ban.