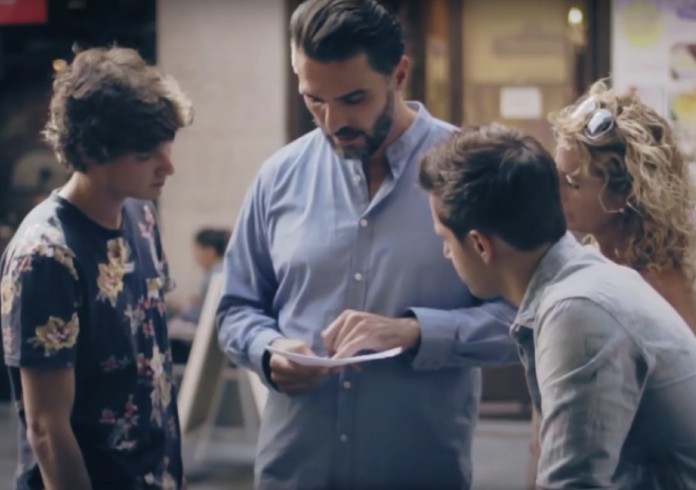 A new campaign calling on people to report homophobic, biphobic and transphobic behaviour, threats, insults or attacks has been launched by Spain’s State Federation of Lesbians, Gays, Transsexuals and Bisexuals.

The campaign is centred around a must-see video of a young American couple who are looking for help after making a reservation at a local hostel in Madrid.

The couple who only speak English ask the locals of Madrid to translate the note that they have received from the landlord (written in Spanish), which has the directions to the hostel they have booked.

The video shows the emotional and disgusted reactions of the locals in response to the note which turns out to be infested with homophobic hatred.

“It’s better if you go to another hostel, because this one is not very good,” one girl says to the young couple, as she is physically unable to tell them what the note actually says.

One man tells the couple, “You go with this to the police, they can close his business.”