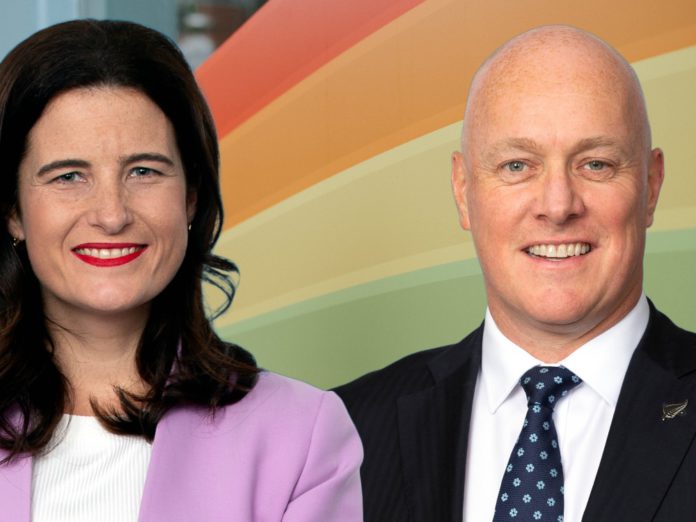 The New Zealand National Party has confirmed that it will allow its MPs to vote with their conscience on the proposed ban on conversion therapy in Aotearoa.

The move to allow a conscience vote by National MPs was made under the leadership of Christopher Luxon following the release of the select committee report on the bill published on Wednesday afternoon.

The conscience vote allows MPs to vote for or against the bill as they choose.

Labour, who promised to ban the discredited practice at the 2020 election, introduced legislation that would criminalise the so-called therapy in July 2021.

Under the proposed legislation, a person could receive up to three years in prison for subjecting anyone 18 or below or anyone who had impaired decision-making to conversion therapy.

Since the bill’s proposal, it has remained largely unchanged, and the Justice Select Committee received 107,000 submissions on the bill, with more than 800 oral submissions.

According to a select committee report, The ACT Party has indicated that it would not vote for the bill, saying they remain concerned that parents could be prosecuted for “having a conversation with their children about, say, not supporting the use of puberty blockers.”

“We do not agree with harmful conversion practices taking place … This bill only allows a one-sided conversation to take place and deems everything else as potentially being harmful,” the select committee report states.

Other parties in parliament, including the Green Party and Māori Party, have confirmed their support for the Government’s bill to ban conversion therapy – a practice already banned in many nations worldwide.