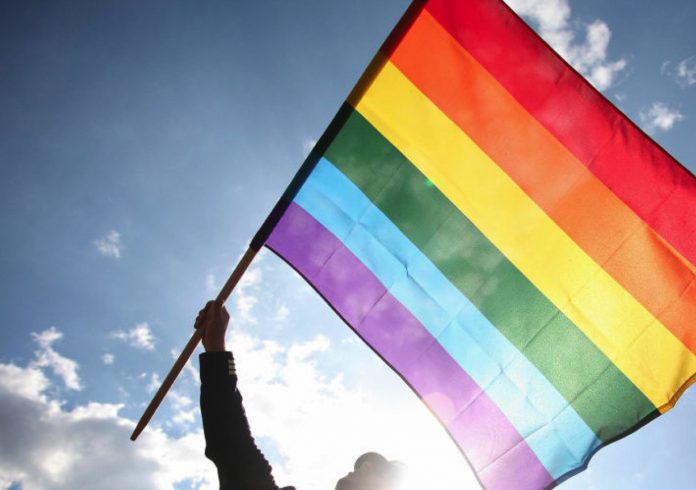 Proving that love conquers hate, neighbours of a married same-sex couple who’s home was egged have shown their support for the pair by flying rainbow flags outside their doors.

The homophobic act which occurred while Cari and Lauri Ryding were away from home, saw vandals steal the couple’s rainbow flag, which was flying proudly outside their home, and egg the property in the summer sun, causing the eggs to go rancid.

“We knew the intention and message of what happened, and that was more upsetting to see the combination of the two things,” the pair explained.

“Someone really intended to send a message to the two of us. That was really hard to swallow and sent us both reeling.”

As a result of the vandalism nearly 60 homes neighbouring the Ryding’s hung a rainbow flag to show their support for the couple.

“You drive into our neighborhood, and all you see is the rainbow, it still makes us cry,” Carli says.

Despite little action being taken by the local police force who are categorising the act as vandalism as opposed to a hate crime Laura says, “The story is not us or the attack, It’s these people who surround us on a daily basis, who banded together to support their neighbours.”

“Love conquers hate. It is what we all strive for. It’s a teaching moment. It’s a wonderful display of solidarity and unity and caring, of neighbors helping neighbors. There’s so much love around us.”