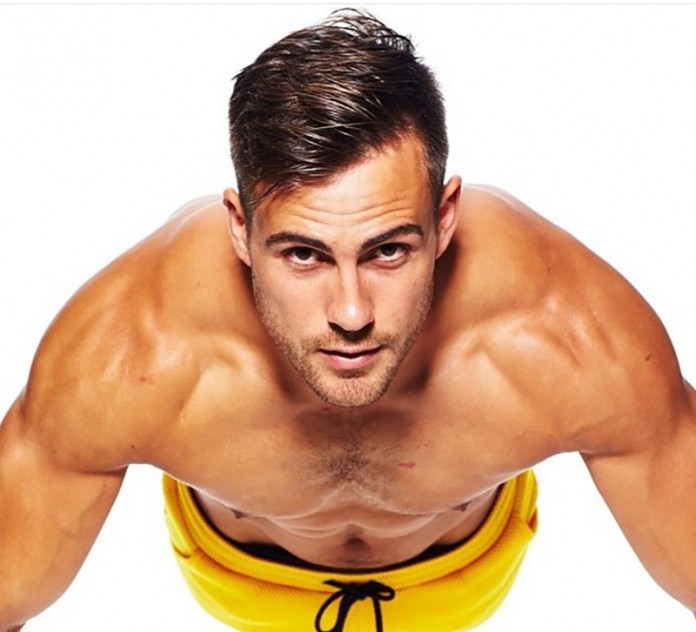 Well for a start the new character is a male, secondly hes a brother to two already embedded brothers, thirdly hes openly gay and the main reasons its running back the clock is…..he’s hot and takes Neighbours back to the halcyon days when the young Jason Donovan strutted his stuff and made Neighbours the biggest show on TV.

So, I must admit I havent watched neighbours for a good 15 years, along with most of my fellow Australians, but on careful viewing tonight, in the lead-up to the new addition, the premise of the show hasnt changed that much – wholesome family drama centred about misadventure, love and the odd evil character.

So this is why this new character is so big for such an ageing show. It will breath new life and a new look but also may just bring a whole new audience to a show desperate to stay on the air.

Matt is a former carpenter who was named Australia’s Hottest Tradie in 2010.

Matt’s character Aaron enters the show (Which went to air in Australia last night) as a male stipper and there is speculation Aaron could have a romantic fling with the show’s established gay character, Nate Kinski.

Wilson, who also currently models for AussieBum, only started acting a few years ago in his spare time.

Of course he’s not the first openly gay character on tv and he certainly wont be the last but he will be certainly memorable.

Maybe its time for some other well known soaps to lift their game in the gay character stakes…….Shortland Street over to you.

Neighbours is shown at 6.30pm weeknights on Eleven in Australia and TV2 in New Zealand.