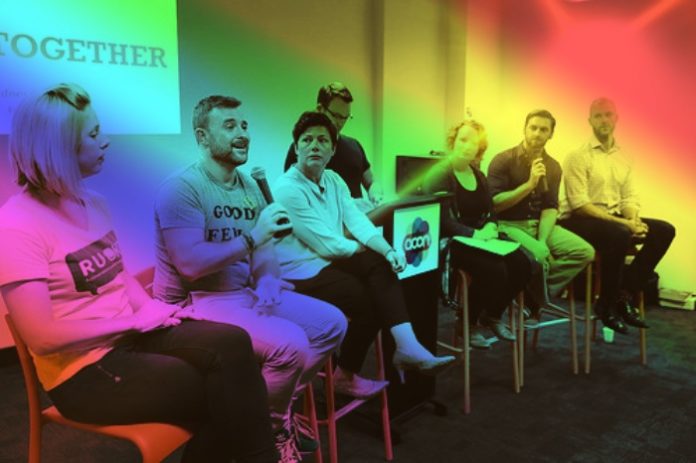 An array of new speakers have been named for this month’s In It Together Forum which is now only ten days away.

Leading the new announcements today is Drag Queen Miss Jay, Beyond Blue Ambassador Jason ball and Mark Camilleri who is a Senior Child and Family Practitioner with Queerspace.

They join Lena Risteski from Mind Australia and Gabriel Aleksandrs from Queerspace who were already a part of the panel that will be talking about body image and social media at the special forum at Chapel off Chapel in the Melbourne suburb of Prahran on October 10 at 6pm.

Devised and conducted by Mr Gay Pride Australia 2019 Rad Mitic, this will be the second forum he has conducted after a similar event held last year and the event will be moderated by Joy FM and Melbourne LGBTQI identity Dean Arcuri.

Mark Camilleri is passionate about working with ‘vulnerable’ and ‘at risk’ clients, particularly young people.

He is part of Drummond Street Services Queerspace team and for the past 20 years has worked across individuals, families and groups, delivering counselling, education, health promotion and wellbeing programs for the LGBTIQ+ community.

Miss Jay is a beautiful chocolate queen in the Melbourne drag scene and she has an extensive portfolio of drag, though having done it for such a short time.

She started doing drag when she hit a low point in her life and has never looked back ever since.

She is best known for her Disney shows and old school classic drag numbers.

He is a passionate advocate for anti-homophobic messaging in sport and has come out publicly as a gay player, believing same and both sex attracted, intersex and gender diverse people more generally, need a role model and could benefit from his personal experience as a gay player in a male-dominated sport.

Gabriel Aleksandrs is the Senior Policy and Strategic Manager at Drummond Street Services and is a qualified Social Worker with over 16 years of experience in the social and community sector.

Gabriel has a keen interest in mental health (inclusive of consumer and carer perspectives), and LGBTIQ health and wellbeing. Gabriel will speak at In It Together about his interest in body image is not only based on his advocacy work in mental health, but also in his own 12 year battle with anorexia nervosa from adolescence to his mid-20’s and his experiences as a trans man.

Lena Risteski is a Counsellor who uses her lived-experience of being Queer and Intersex to inform her work.

Lena works for Mind Australia as a Diversity and Inclusion Project Coordinator, with the focus on achieving the Rainbow Tick for the national mental health organisation.

Lena is passionate about increasing Intersex awareness, highlighting LGBTIQ issues through a culturally-diverse lens, and incorporating astrology and tarot into therapy with the intention of shedding light on the deep layers of our psyche and soul purpose.

In It Together will be held on Thursday 10 October between 6pm and 8pm and is free to attend although if you wish to make a donation then all proceeds will be donated to Headspace. Register to attend here.