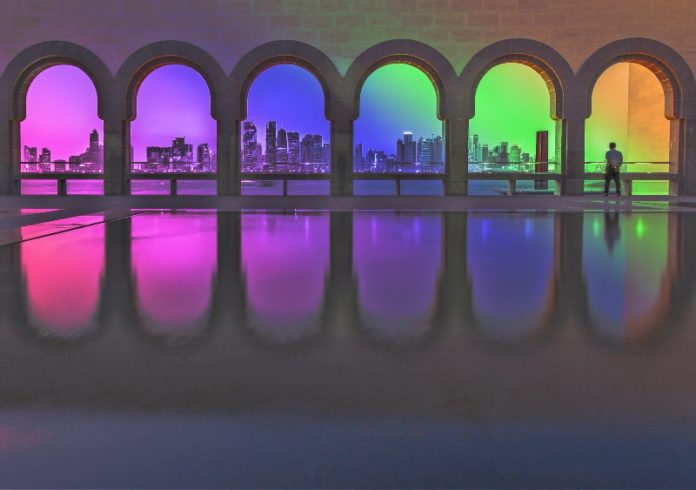 CEO of the FIFA Qatar Football World Cup 20232 has said transgender and gay soccer fans will be welcome to attend despite the country’s laws stating that anyone who has been found guilty of having intercourse with someone of the same sex could be jailed for life or face the death penalty.

Chief Executive Nasser al-Khater has spoken to the media in front of one of the stadiums to be used for the World Cup and was asked particularly about the position of transgender fans who might want to attend the World Cup but are unclear what legal and human rights protections they will have.

“I would like to assure any fan, of any gender, (sexual) orientation, religion, race to rest assured that Qatar is one of the most safe countries in the world – and they’ll all be welcome here,” said Nasser al-Khater.

“Public displays of affection is frowned upon, it’s not part of our culture – but that goes across the board to everybody,” he said.

Qatar is an Islamic country sitting on the Arabian Gulf amongst other countries such as Saudi Arabia, Bahrain and the UAE and has some of the strictest laws in the world.

The capital city Doha is currently hosting the World Athletics Championships and UK LGBT rights organisation Stonewall has warned visitors to take care if they visit the country for either of these two huge sporting events.

“As the first of the two global sport events begins in Doha, we, along with other human rights organisations and defenders must hold them to account on this promise,” Stonewall Uk said in a statement.

“We want to ensure all fans and visitors attending the World Athletics Championships or the World Cup don’t do anything that puts themselves or others in danger.

“Any LGBT person travelling to Qatar should follow the Foreign and Commonwealth Office travel guidance and be mindful that even well-meaning actions can sometimes lead to harsher applications of anti-LGBT laws.”

FIFA has claimed they are stamping out homophobia in their sport, despite massive homophobic protests in the stands at European matches this year.

Reacting to concerns that homosexuality is illegal in Qatar, Sepp Blatter, the former President of FIFA, said in 2010 that LGBTQ football fans who hoped to attend the Qatar World Cup “should refrain from any sexual activities.”

He later apologised for the comment, saying it was meant as a joke.

In 2014, Qatar’s sports minister, Salah bin Ghanem bin Nasser al-Ali, explained that the issue of LGBTQ football fans during the event would be handled just like that of drinking alcohol.

Alcohol is banned in Qatar and is only allowed to be served to non-Muslim customers at selected 5-star hotels or to be bought by foreigners who obtain a special license for personal consumption.

“We can adapt, we can be creative to have people coming and enjoying the games without losing the essence of our culture and respecting the preference of the people coming here,” he said.