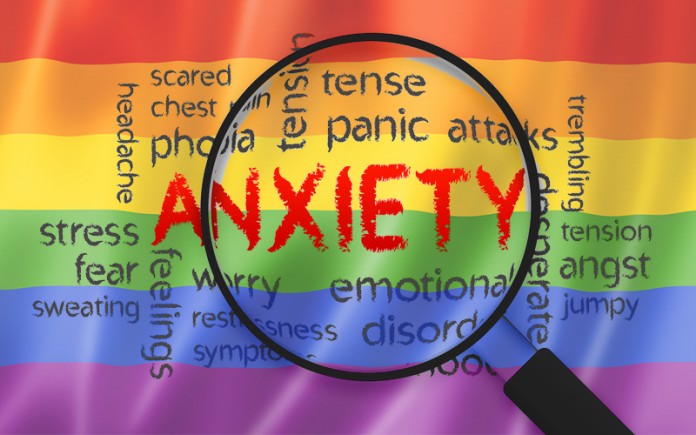 A new study states that Gay, lesbian and bisexual people experience more mood and anxiety disorders than others and they are more likely to turn to heavy drinking.

The study by the University of British Columbia’s school of population and public health in Canada, claims to be the first of its kind.

As part of the study researchers also found that bisexuals reported the highest rates of mood and anxiety disorders and heavy drinking compared to any other group.

“Often gay, lesbian and bisexual people are grouped together in studies, but we found there are important differences in their reported health,” said lead study author Basia Pakula from the University of British Columbia.

“These findings are extremely useful because this information has not been available for us in Canada until now,” Pakula added in the paper published in the American Journal of Public Health.

The results showed that gay and lesbians reported about twice the rates of anxiety and mood disorders compared to heterosexuals.

For bisexuals, the rates were nearly four times those of heterosexuals and approximately twice the rates of gay or lesbian respondents.

While this study did not look at the causes of anxiety and mood disorders in this population, an extensive body of research suggests that these people experience chronic stress related to prejudice and stigma, Pakula noted.

People often turn to substances like alcohol to cope with ongoing stress.

Any health interventions aimed at helping people deal with stress and anxiety or mood disorders should also address the unique needs of the population, the authors stated.

The study’s findings can be used to plan and allocate resources for health services that better respond to the issues facing these groups, the researchers suggested.