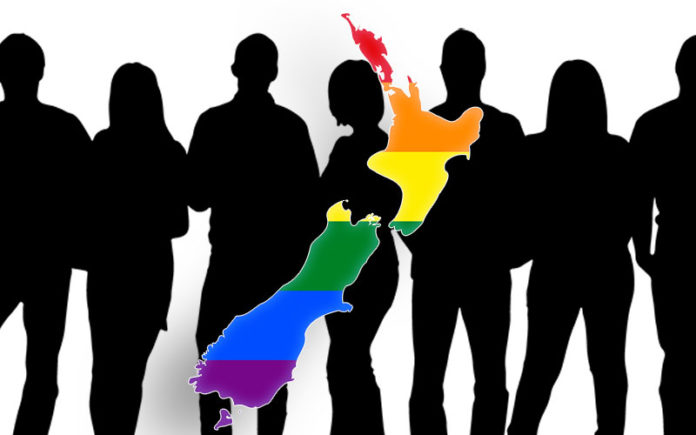 As all eyes are on the United States Presidential Election at the moment, many may not have registered that New Zealand polls close soon, this Saturday in fact.

After overcoming Covid-19 with a hard lockdown in April and then another in New Zealand’s biggest city Auckland in August, the election is finally being held and incumbent Prime Minister Jacinda Ardern’s government looks set to win a clear majority, something they failed to do three years ago.

Many from outside New Zealand would think Ardern won handsomely at the last election and a victory here would be a given, but in fact, the way the New Zealand parliament system works is that you can receive a lot fewer members of parliament voted in but if you can persuade other parties to join you and reach the 61 seat threshold then you can be the government, so Ardern’s Labour got into bed with the Green party and New Zealand First and therefore have governed, in some form since 2017.

So now that you have the history, what is going to happen this weekend, and more importantly how will LGBT+ people fare in the policies from parties.

Gay Nation reached out to all of the main party players to ask them what policies they had in store for LGBT+ people and whether they currently had openly LGBT+ candidates. We had a mixed bag from our responses, most got back to us but some responded with a sentence, others with pages of information.

So we have combined the information we received with information we obtained from an amazing resource put together by a group at Auckland University called Rainbow Law which has made a policy tool called Rainbow Election which made a list of 15 rainbow policies that they think should be adopted by political parties and shows you which parties support which policies.

Unlike their resource, we will list the parties in order of their current polling ranking (1News Colmar Brunton Poll) so you can ascertain the likelihood of a party’s policies actually making it to law.

We received a statement from the Press Secretary Julia Stewart

“National understands how important the Rainbow Community is in New Zealand and is committed to fostering a New Zealand where everyone is respected and valued.

“National has a strong track record on delivering better outcomes for LGBTIQA New Zealanders. The previous National-led government established the regime to expunge historical convictions for homosexual offences, and funded Rainbow Youth to develop and increase support services for LGBTIQA young people. Chris Bishop is a member of the cross-party Parliamentary Rainbow Network.”

In local gay media express Judith Collins was interviewed and she said about gay conversion therapy, “If you’re holding somebody against their will, that’s actually against the law now! I’m a parent and I have said to my son, and I hope other parents would also say this, ‘Just be who you are!’ THat’s unconditional love. That’s the best thing any parent can do. Not trying to convert your child to anything else.”

She also spoke of having no opposition to amending the Births Deaths, and Marriages act to allow for an easy process to legally change sex and gender.

And on adoption and surrogacy law changes she said, “What is clear is that the family courts are moving more and more towards understanding surrogacy and understanding the fact that having parents who love babies is an even better thing. That’s the reality and courts and law have to move to that.”

On the debate stage, Collins has already said the party agrees with the idea to allow for extra bathrooms in all schools for students not identifying as either male or female.

National have no openly LGBT+ candidates but Collins has stated that this may not be too far away.

A statement from Andrew Ketels from ACT said, “In terms of policy, it’s fair to say we don’t promote policies for particular demographics/communities, but according to need.”

They don’t have any openly LGBTQ+ candidates. Stephen Berry was selected at number 9, and on current polling stood a good chance of being selected, but had to stand down for health reasons.

Had an email from Robert Griffith asking what I needed even though the detail was in the original email. There was no response to that email.

TOP released the following statement, “We don’t have any specific rainbow policies but that doesn’t mean we don’t think these are important issues. After the election, we will expand our policy offering and hope to develop policies on these issues. The reason we haven’t yet is it takes us hundreds of (volunteer) hours of research to develop full evidence-based policy on the best way to address these issues. For the most part, we have started with systemic issues that no one else was addressing properly (housing crisis, inequality, poverty etc), which disproportionality affect marginalised communities – and that matters to us. We want everybody to have the opportunity to thrive.”

Supporting notes
¹ On creating a standard policy about access to gender-affirming healthcare across DHBs: TOP believes politicians should not decide what surgery is funded more – this should be done on the basis of what treatment gets the best returns for our health, including mental health and enabling participation in society.

This is all the more relevant for minority groups as they are typically less represented in politics and therefore politicians fiddling with the system is likely to exclude them. With this proviso, we support this policy.

² On easing the process to legally change sex and gender: This debate is very complex and clear definitions are needed. Gender is about identity, which can and should be self-defined. Sex is a biological term, albeit a more complicated concept than many people appreciate. Self-definition may raise complex issues where people are (arbitrarily) divided into 2 groups on the basis of sex – e.g. sport. Transgender people have as much right to play sport as anyone and it’s imperative that we find a way forward on this issue. In our view this issue needs more work and we recommend a Citizens’ Assembly to work it through.

³ On improving the immigration process for rainbow people: When it comes to refugees and asylum seekers, we agree. For economic migrants, we disagree

⁴ On ensuring hate speech laws protect trans, non binary, intersex and sexual minority populations: We agree on collecting data. Obviously we believe people should be free from harassment and abuse on the basis of unchosen characteristics. This is already a factor the Courts consider during the sentencing process.