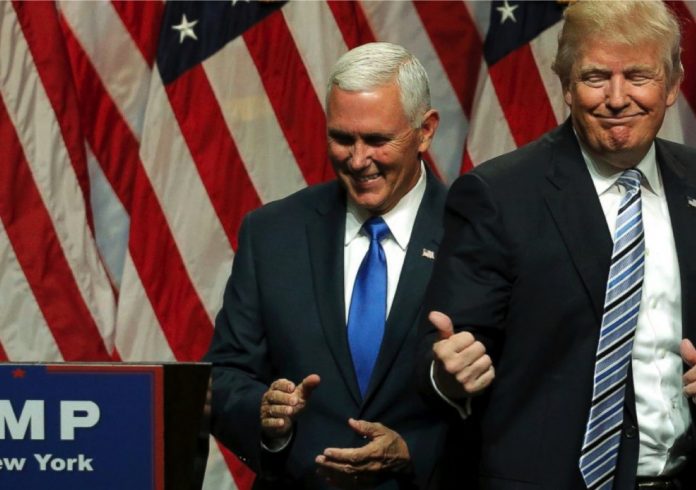 Donald Trump’s pick for Vice President, Mike Pence managed to dodge a bullet as his strong anti-LGBTI history flew under the radar at the Vice Presidential debate against Democrat Tim Kaine.

The Indiana Governor who in 2015 signed the Religious Freedom Restoration Act into state law, has shown a constant prejudice against the rainbow community.

Whether it be allowing businesses and individuals in the state he governs to deny services to LGBTI people, or arguing that funds from the Ryan White HIV and AIDS Program should be redirected to “gay cure” organisations, both his opposition in the debate and the debate moderator failed to hold the Senator to account.

Pence who recently admitted removing pro-LGBTI comments from his Facebook page has been widely criticised by many human rights and LGBTI rights groups for his apparent homophobic views.

His signing into law of the “religious freedom bill” has been described as the “most controversial moment as a national figure, and the biggest stumble of his political career,” by the New York Times.

Highlighting the debate’s lack of substance Stephen Colbert told viewers of The Late Show, which aired live after the debate, “As governor, Pence’s record during was marked by his ‘religious freedom’ bill that allows businesses to refuse service to gay customers on religious grounds, because, as Jesus himself said, ‘Get out of my pizza parlor, you queers.'”

Colbert also expressed his concern that Pence himself could be turned away from businesses in his state of Indiana after stating in the debate that he tries to spend a little time on his knees every day.

“Fair warning, Mike. Indiana businesses can now refuse to serve you! Your law is your law.”