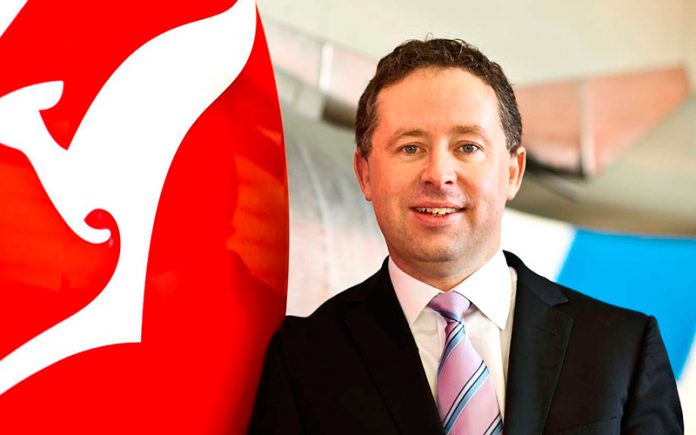 CEO of Australian Airline QANTAS has pleaded with the parliament to make a decision on same-sex marriage rather than sending the decision to a plebiscite.

“I’ve lost count of the number of people who’ve shared a story with me about struggling with being gay, either about their own experience or that of their adult children — about people who are gay feeling ashamed, ostracised, abnormal and that they don’t really belong,” Joyce explained in The Australian.

“In polite society, we like to think this is a relic, that there’s no need to feel this way because modern Australia isn’t like that. Of course, they belong. And it’s true, we’re certainly a lot more accepting than we were 20 years ago. We should celebrate that.

“But as most gay people will tell you, get in an argument with the wrong person and it’s not long before they reach for an anti-gay slur. It certainly has happened to me.”

The openly gay Joyce, who was born in Ireland, explained that when the debate starts about marriage equality leading up to a plebiscite, the slurs won’t be far behind.

“We’ve already had marriage equality advocates compared by conservative commentators with the Nazis and Islamic State because all three are apparently “totalitarian” in their approach.”

“That’s an extremely hurtful comparison when you consider the murderous behaviour of these groups towards gays.

“Then there are the brochures that talk about children of same-sex couples being likelier to suffer from abuse and neglect. Really?”

The airline boss conceded that the majority of Australians won’t be hurtful and many that are against marriage equality have had civilised debates with him regarding the issue.

His concern and the concern of many other prominent Australian’s, including 200 leading doctors and health workers who recently signed a petition calling for the plebiscite to be dropped, is that the noisy minority will cause untold distress to so many.

“Anti-marriage equality advocates say this argument is censorious, that it brands people who disagree as homophobic, and that it’s insulting to imply Australians can’t have a mature debate on the topic.

“My response to this is simple. We’ve been debating gay rights in this country for a long time. And we think we’ve argued the case for equal rights — which is what this boils down to — pretty comprehensively.

“With that in mind, it’s not unreasonable to expect parliament to vote on marriage equality without asking a $200 million question. That’s how we make almost all major decisions in this country, and the shift in opinion polls away from a plebiscite suggests most of the electorate thinks so, too.”

Legislation to establish the plebiscite will be debated in parliament next week.

Labor is expected to formalise its position on the bill at a caucus meeting on Tuesday, but leader Bill Shorten maintains the vote is expensive, unnecessary and potentially damaging to the LGBTI community.