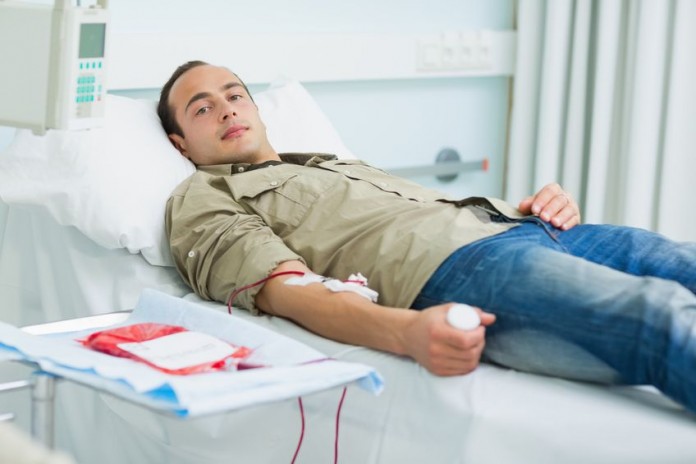 The ban on men donating blood within 12 months of having sex with another man looks set to be reviewed after a meeting of State and Federal Health Ministers in Canberra on Friday.

The decision to review the time restriction came about after Victoria’s Health Minister Jill Hennessy suggested the 12-month ban was based more on discriminatory issues rather than on science.

The blood donation deferral period for men who have sex with men has been a public health standard since HIV first appeared in Australia. It is also still a major issue across the world with many countries having a total ban on any donations.

In 2000, Australia was the first country in the world to reduce restrictions on blood donations for men who have sex with men from five years to 12 months.

An independent review was last conducted for the Australian Red Cross Blood Service in 2012. However, despite the review finding sufficient evidence to support the reduction of the deferral period without reducing safety, this was not accepted by the Therapeutic Goods Administration.

The Victorian Government believes this is a discriminatory policy – born out of the AIDS epidemic and subsequent panic of the 1980s – that no longer reflects current evidence or best practice on risk, nor community views.

“We know that making sure that we’ve got a really safe and secure blood supply is absolutely essential, but we also think that this is a policy that is not based on science,” Minister Hennessy explained.

“It seems to be all caught up in some of the post-1980s hysteria around the then AIDS epidemic.”

Ms. Hennessy argued that risks in HIV transmission could be mitigated through testing blood donations.

The Red Cross tests every donation but cannot detect HIV, hepatitis B and hepatitis C in the early weeks of infection.

According to the organisation, there has been just one case of HIV transmission via blood donation since testing began in 1985.

The risk of infection from a blood donation is less and one in 1 million.

Ms. Hennessy is confident any possible risks are outweighed by the benefits and that current policy does not match up with the scientific evidence.

“All blood is tested and screened for all blood-borne viruses, and we think banning and excluding such a large group of people for such a long period of time is based more on discriminatory issues rather than on the science,” she said.

In a statement on the Council of Australian Governments Health Council following the meeting it is stated;

“Health Ministers agreed to request that the Australian Red Cross Blood Service bring forward their planned review of the blood donor deferral policy relating to sexual activity to ensure that the policy is aligned with contemporary evidence on risk. It is also noted that the TGA is required to approve any change on the deferral policy.“