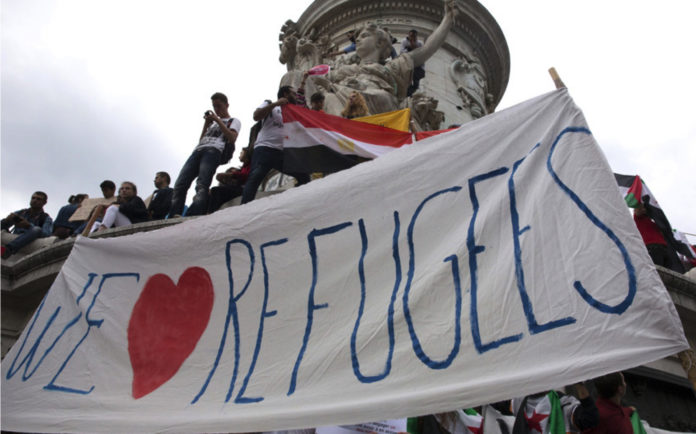 Following his escape from Chechnya, the first Chechen refugee welcomed into France has opened up about his time in Chechnya, and his transition into his adopted country.

Speaking to AFP on the condition of anonymity, the 26-year-old says he now wants to try and rebuild a “normal life” away from Chechnya.

Speaking of his time in Chechnya, Azmad (not his real name) explains, “If it becomes known, you are in danger, and so are those close to you. People are killed over rumors there.”

Azmad who first managed to escape from Chechnya to Moscow, before being allowed to move to France last week as a refugee, says he is intending to seek asylum in France with the hope of starting a new life.

“At home, I didn’t know calm and tranquility.”

Speaking of life back in Chechnya, Azmad says that gay people live in constant fear, with only a select few taking the risk of meeting up with others online.

Azmad described one incident of one young man who was found naked and bound after being raped and then killed.

“Gradually, gay people began to disappear. It was systematic.”

Despite being “very discreet,” Azmad’s photo was found on someone’s phone and was questioned by authorities.

While his initial encounter was a brief and non-violent interrogation, Azmad decided to leave his home a few days later, after local police came demanding he unlock his phone for them.

“It was going to be obvious who I am.”

After hiding in Moscow for two months, Azmad was eventually granted an emergency humanitarian visa in France, with the help of human rights group SOS Homophobia and Chechnya Emergency who actively work to help gay men in Chechnya.

“I am going to try to forget and become a normal man, that is, begin to live a normal life, a life that normal people live.”