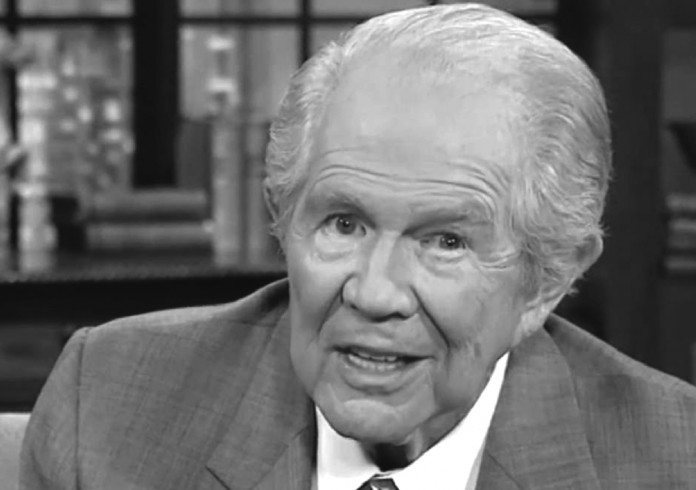 American media mogul, Pat Robertson has delivered a tirade on his show The 700 Club, urging people to stand up for freedom and accusing homosexuals of tyranny.

The former Southern Baptist minister, who is known for his support of conservative Christian ideals, has a long history of anti-gay remarks. The 85-year-old believes that business people like florists and bakers not being allowed to legally discriminate against gay customers is “ridiculous”.

Robertson who is also the chancellor and CEO of Regent University and chairman of the Christian Broadcasting Network accuses gays of “an organised thrust throughout this nation to force conformity.”

Robertson adds, “The homosexuals don’t just want to be left alone, now they want to come out and stick it to the Christians.”

During his rant, Robertson also defends a judge who refused to marry same-sex couples and a fire chief candidate who said he was unsuccessful in obtaining a job because of his stance against same-sex marriage.

The 700 Club is aired each weekday and is available throughout the United States and available worldwide on CBN.com. The show is considered the flagship television program of the Christian Broadcasting Network.