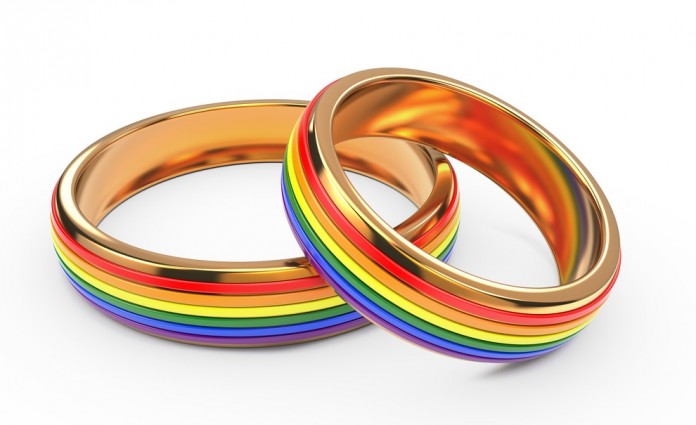 The United States and Australia are both heading towards pivotal moments of marriage equality decisions.

With 37 of the 50 states now permitting gay marriage, many because of judicial orders, it seems unlikely the country’s highest court would reverse course.

In Australia, there has been a lot less success for marriage equality laws with a Federal Parliament divided over discussions of law and morality.

The Liberal/National Party Conservative Government officially opposes the change to the Marriage Act to allow same-sex marriage but there are signs that a conscience vote in the parliament could be a way for a change in the laws to go through.

But to have a vote such as that succeed you need the other major party, The Labour Party to vote as one bloc to gain enough numbers for the bill to pass, but this still seems a long way off.

Labor’s platform currently supports same-sex marriage but does not make it compulsory for Labor MPs to support it in a parliamentary vote. This has led to many within the party saying the numbers would not be there if a conscience vote was held.

Speaking with the SMH, Acting Labour Leader Tanya Plibersek said at the party’s July National Conference she would be be pushing for a change to the platform to make it compulsory for all Labour MP’s to vote with the party platform on same-sex marriage if a conscience vote is called.

“I’m on the record and have been for a long time as a supporter of marriage equality,” Ms Plibersek said.

Australian Shadow health minister Catherine King told the ABC TV show Insiders on Sunday that she feared the move would harm the party.

“It is an area, to me, that does seem a bit odd. It’s a bit of an anomaly that there is a conscience vote on this issue,” she said.

“I support gay marriage and will vote for marriage equality if asked again within the Parliament, and I certainly think at some point we will have that in this country.

“But I also am a bit worried that this idea around not having a conscience vote might distract from the overall issue. It’s potentially picking a fight we may not need to have.”

Prime Minister Tony Abbott – an opponent of same-sex marriage but with an openly gay sister – has said that the matter of a free vote for Liberal MPs would be one for the post-election party room to determine, but the party room has not discussed it yet.

Public opinion polls over the last decade in both the US and Australia have shown large increases in support for gay marriage. A Crosby Textor poll in Australia last year showed 72% of Australians want same-sex marriage legalised.

The situation may again come to a head before the end of the year in Australia while a ruling from the U.S. Supreme Court is due by the end of June.