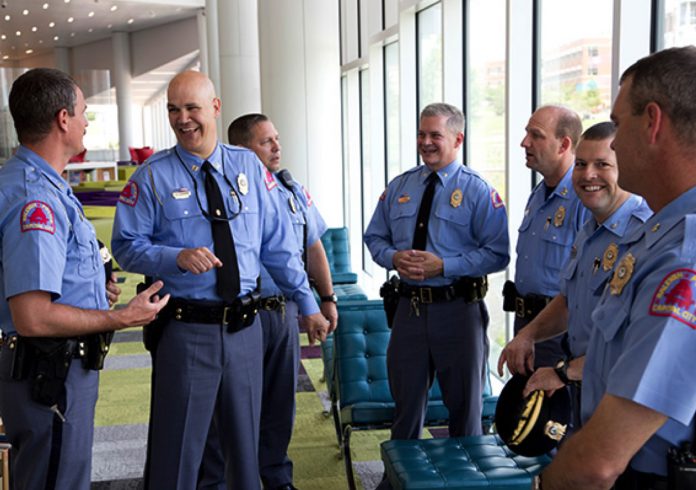 The North Carolina Police Force has announced that they will not be enforcing the recently passed Anti-LGBTI legislation known as HB 2.

The transphobic bathroom bill, HG 2 which also revokes existing LGBT-inclusive nondiscrimination ordinances, prohibits the introduction of new ones, whilst inhibiting residents from suing for discrimination in state court, was introduced and signed into state law in fewer than 12 hours on March 23 2016.

Despite the Bill being State Law, Damien Graham, a spokesman for the Raleigh Police Department, told NPR that his department will not enforce the backwards legislation, as “the bill doesn’t speak to enforcement nor penalty.”

Following a review of the legislation by the Raleigh Police Department, the decision was made that as a result of HB 2 not containing “any specific language that spoke to enforcement or even penalty,” the department would have its hands tied and would not be sure of how its officers could enforce the law.

The Raleigh Police Department have confirmed, they will still respond to a complaint about a person in the “wrong” bathroom, however officers will not arrest nor penalise any individual for using a restroom that they feel corresponds with their gender identity.

To further backup the Raleigh Police Department’s decision to not enforce HB 2, to date there has been no complaint filed in regards to a transgender person using restrooms in the state of North Carolina, nor has there been a single verified report of a transgender person assaulting another person in a bathroom or locker room across the United States.

Public information officer for the Raleigh Police Department, Christina Hallingse says that it would be virtually impossible to enforce HB 2 and doing so would drain the department’s resources.

“It would take them off the streets, off patrol and having to put them at bathrooms.”