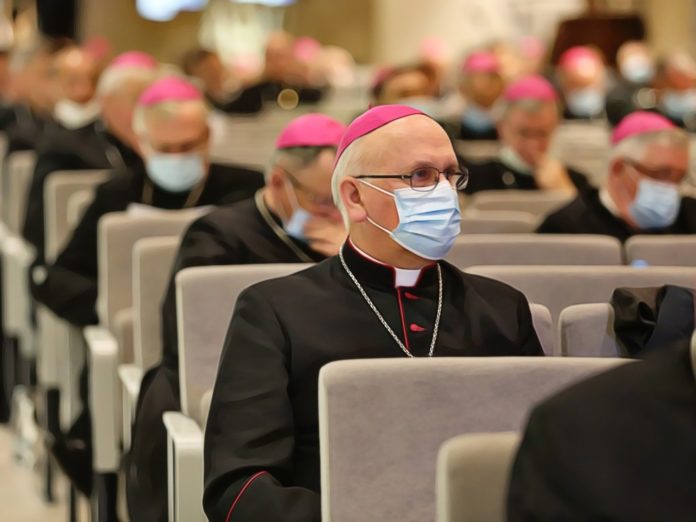 Bishops in Poland are calling for the opening of new conversion therapy clinics with the aim of forcing individuals to “regain their natural sexual orientation.”

The disturbing idea was announced during a three-day Polish Episcopal Conference (KEP) in which the Bishops unveiled a new 24-page document that outlines their positions on rainbow issues.

While the bishops were united in condemning physical violence against LGBT+ people, the conference disturbingly concluded that new ‘conversion therapy’ clinics for the LGBT+ community should be rolled out in Poland.

“In view of the challenges created by gender ideology and LGBT+ movements, and especially bearing in mind the difficulties, suffering and spiritual wounds experienced by these people, it is necessary to create clinics (with the help of the church or within its structures) to help people regain their sexual health and natural sexual orientation,” The document states.

“These clinics also make sense when complete sexual transformation is too difficult, as they can still help psychosexuals to deal with significant challenges.”

While the bishops admitted that conversion therapy “counselling centres” were in fact “clearly in contradiction” to scientific evidence, they added that “testimonies” proved that “different sexuality wasn’t some kind irrevocable judgment or irretrievable coding, but a symptom of wounds on various levels of their personality”.

The bishops plans add to a range of barriers being faced by the nations LGBT+ community including “LGBT-free zones” which are in place in more than a third of the nation, political attacks from the polish president Andrzej Duda, who is promising to ban same-sex couples from adopting children and is using the community as a political football, and accusations by the ruling Law and Justice Party (PiS), that LGBT+ rights are a “plague” and simply invasive foreign influence.