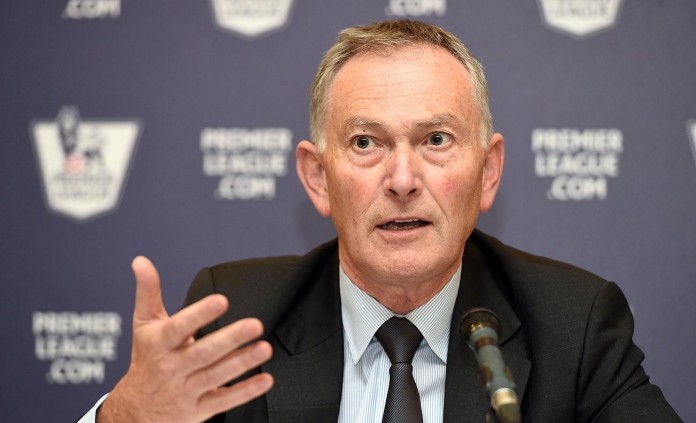 English Premier League Chief Executive said that any footballers that decided to come out as gay in his league would be treated with respect.

The Daily Mirror has reported that two soccer stars are considering making the sexuality public in the new year.

CEO Richard Scudamore said he is confident the reaction to the news would be positive.

“The environment would be entirely suitable for them to come out,” he told BBC Newsnight.

Scudamore added he was “absolutely sure” there were gay players in the league, saying: “It would be very strange if there wasn’t.”

Justin Fashanu was the last openly gay player in the English game, with former Aston Villa midfielder Thomas Hitzlsperger coming out after his retirement in 2014.

Last year Arsenal manager Arsene Wenger said it was unlikely a player would come out during their career because of the media scrutiny they would face.

“Because of media interest, maybe no one will come out,” said Wenger in May 2014.

“He could not come out during his career which means we still have some progress to make in our game.”