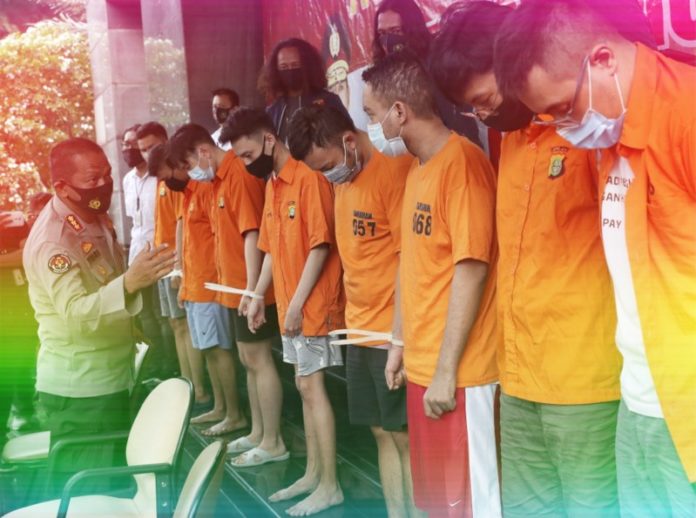 Nine men have been arrested and put on public display after Indonesian police detained them in a raid on a gay party at a hotel in Jakarta.

The United Nations Human Rights Council has called on Indonesian authorities to release the people detained after they were made to crouch in the back of station wagons while being shipped to the public shaming.

A spokesperson for the Jakarta police Yusri Yunus said nine people suspected of organizing Saturday’s party were arrested and 47 others who participated were released.

Yunus said the participants were all from the same community in Jakarta. Police are still investigating to determine if any other people were involved, he said.

The nine are being charged under a pornography law which carries a maximum penalty of 15 years in prison and a fine, he said.

Homosexuality is not illegal in Indonesia, the world’s most populous Muslim nation, except in conservative Aceh province. However, the country’s gay and lesbian community has recently come under siege.

Police have set up a special task force to investigate the alleged homosexual activity.

In February, members of the House of Representatives proposed a bill that would define homosexuality as deviant and require lesbian, gay, bisexual and transgender people to report to authorities for rehabilitation.

The United Nations Human Rights Council has called on Indonesian authorities to release people detained on the basis of their sexual orientation and combat anti-gay stigma in the country.