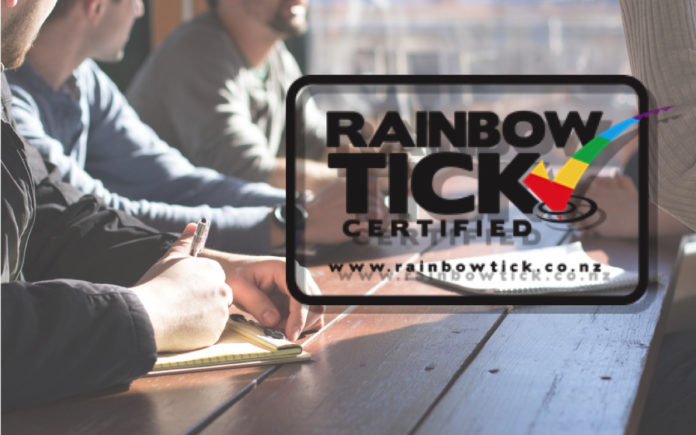 According to Rainbow Tick’s programme director, Micheal Stevens, the Awards have been created with the aim of fostering and acknowledging excellence in practice for LGBTTI+ people in the workplace while helping to develop a culture of shared best practice in this field.

“Our Awards program aims to recognise, celebrate and share what leading New Zealand organisations are doing and in so doing, this will continue to raise the bar and standards for all to aspire to.”

“We are immensely excited about the value this will bring to you and your employees as we all strive to improve inclusion in our workplaces,” Stevens adds.

While the Awards are still in the early stages of building the program, Stevens says that the first Awards event is scheduled to be held in early to mid-2019, with former CEO of ASB, Barbara Chapman, being confirmed to have taken on the position as Awards Patron providing gravitas to the Awards program.

Speaking on Chapman’s appointment, Stevens says, “Barbara is a deeply respected business leader and a long-standing ally of our communities. Her support for this project is deeply appreciated.”

Long-time advocate for the Rainbow Tick since inception, Martin King of South Pacific Pride, who runs the annual Gay Ski Week QT is proud to support the awards, saying that he is “delighted to be spearheading the event management of the new awards with Rainbow Tick.”

“I was there at the start when I was General Manager of HR at Coca-Cola Amatil and we signed up to be the first for Rainbow Tick Company in NZ, and I know how much of an impact this awards program will have in raising the bar and celebrating excellence in LGBTTQI practice throughout New Zealand.”

The Rainbow Tick organisation has gone from strength to strength since its creation over 4 years ago, with more and more workplaces engaging with, implementing, and leading great practices.

Follow this link for more information on the launch of the New Zealand Rainbow Tick Excellence Awards.