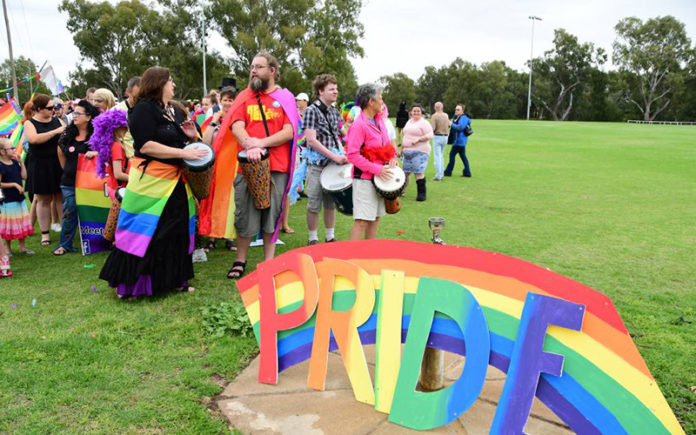 Everyone has a right to feel safe and be comfortable with who they are, regardless of their postcode.

Growing up LGBTIQA+ in a regional town is not easy, where stereotypes are rarely challenged, and support can appear scarce.

When you are lost or disconnected from your community, one can start to believe what people tell you, that you are unworthy of love, that you should somehow change who you are.

However, acceptance is out there, it exists, because this support has touched and shaped me as much as I have touched and shaped it. I found support in the amazing trailblazers that I now call my friends and I like to believe that some have found it in me.

Someone asked me last year if Dubbo had an airport!

Yes, we are much more advanced than some outside our community might believe.

Some might be surprised to know that Dubbo has a community-driven Transgender and Gender Diverse support group, something rarely found outside metropolitan areas.

We are about to celebrate our 40th Mardi Gras in Sydney, and Dubbo hosted its first Pride March three years ago, to celebrate diversity and inclusion in the Central West.

It has grown significantly since its inception and continues to be embraced by the community, showing that regional areas are constantly becoming more inclusive.

The fabulous Broken Heel Festival celebrated its third year in 2017, Hay is holding its first Mardi Gras in 2018, and the majority of regional electorates voted in favour of marriage equality (including Parkes, my own electorate).

Pride for all of us is unity and strength, courage and acceptance.

Pride is where we have sought shelter from the many wars, but is also the platform on which we have fought many battles. Pride is love and connection despite isolation.

Pride is something we must continue to fight for, no matter where we live.

You do not need to leave home to be you – that has been the tragedy of regional Australia, but no longer.

Change may happen slower in regional towns, but a lot goes on under the surface that those unfamiliar do not see.

Change comes through exposure, and I am proud to be a part of that change; to send a positive message to young people that they are exactly who they are supposed to be and that life does get better.

The community, and those that embrace diversity are there to tell you that you matter, and you are accepted.

The strength, resilience and sense of belonging that I have found while living in Dubbo has been overwhelming, and it is something that I could not have imagined, nor many others.

I can tell you that support and acceptance is there, and it is real.

For more on Nicholas and the other finalists of Mr. Gay Pride Australia visit the website www.mrgayprideaustralia.com