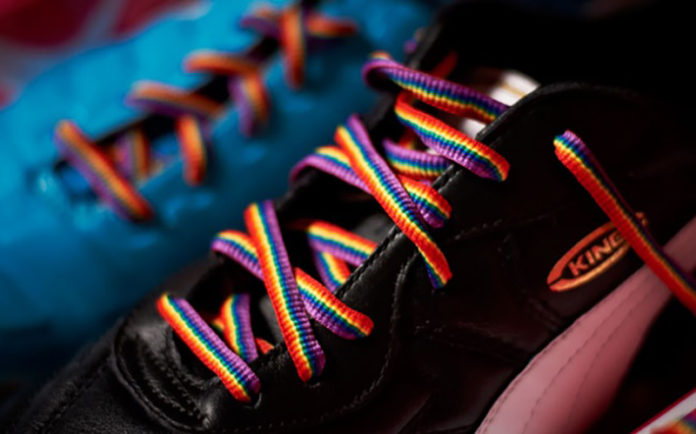 Online sports football game FIFA 17 has come under fire by Russian politicians for introducing rainbow laces to the boots of players in support of an LGBT rights group.

The group of Communist party MP’s have asked the country’s communications agency to ban FIFA 17 for supposedly promoting gay propaganda.

EA Sports backed LGBT rights group Stonewall’s Rainbow Laces campaign last month, which seeks to combat homophobia in football, by adding the rainbow laces into the game, allowing Ultimate Team players to purchase the laces for free to add to their club’s players.

But the promotion hasn’t gone down well in Russia, whose 2013 law banning promotion ‘non-traditional sexual relations’ means this move by EA Sports may fall foul of their laws.

The MPs have written to the communications oversight and state consumer protection agency, saying it could cause ‘harm to children’s health and development’.

United Russia MP Irina Rodnina said: “The authorities need to verify the possibility of distributing this game on the territory of the Russian Federation.

“Every state has its internal laws and order; they need to be obeyed.”

Communist MP Valery Rashkin added: “EA should introduce changes to the programming code or the age classification of this information product, and if it refuses, adopt corresponding restrictive measures”.