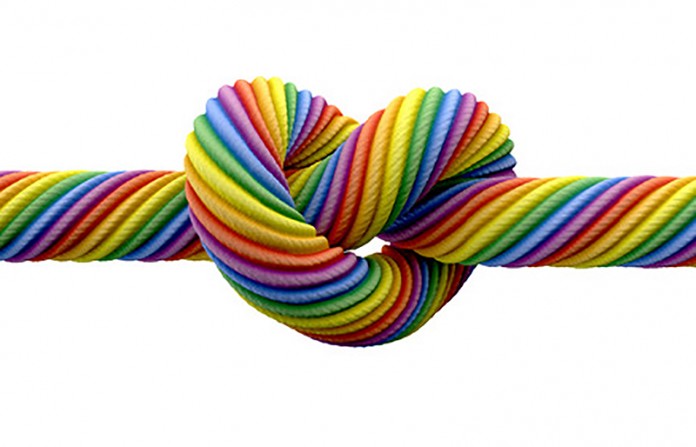 Support for same-sex marriage in the united States has reached an all-time high just two days before Ireland heads to the polls to become the first country in the world to legalize same-sex marriage through a national popular vote.

A new survey from Gallup in America shows a record 60 percent of Americans now say they approve of legalized same-sex marriage.

Approval of same-sex marriage has grown at a rapid rate in the last two decades. When Gallup first surveyed Americans on the issue in 1996, only 27 percent approved. Nineteen years later, that number has more than doubled, growing 5 points in the last month alone.

Approval of same-sex marriage has grown at a rapid rate in the last two decades.

When Gallup first surveyed Americans on the issue in 1996, only 27 percent approved.

Nineteen years later, that number has more than doubled, growing 5 points in the last month alone.

In fact, the shift in approval is one of the “fastest changes ever measured” by the General Social Survey, which has measured trends in American public opinion for the last 40 years.

The Gallup poll finds that a majority of Democrats and independents favor legalizing same-sex marriage.

Republicans are less inclined, with only 37 percent expressing support, yet support among Republicans has been climbing within the last two decades, jumping 11 percentage points in the last three years.

In Ireland, support of all of the political parties in Dublin’s parliament (the Dail), looks certain to bring official state recognition for Ireland’s gay community and their relationships for the first time.

Same-sex marriage is legal in about 17 countries around the world.

In all of those countries, the decision was made by the legislature or the courts.

Ireland appears poised to become the first country to legalize same-sex marriage through a national popular vote set for Friday.

In Dublin, NPR said that it is impossible to miss the debate where nearly every lamppost carries a big poster, or several.

“YES: Equality for everybody,” reads one showing a diverse group of smiling people.

“NO: Children deserve a mother and father,” reads another, showing a pair of doting parents kissing a baby’s cheeks.

“It’s all anyone’s talking about,” says Christine Dilworth, as she smokes a cigarette on the patio of a gay club in Dublin.

“I have not had a conversation with a stranger over the last month that has not been about marriage equality.”

The saturation extends to the virtual world. Some people in Dublin say they’ve stopped checking their Facebook feeds, because social media are so inundated with campaign material.

Ireland’s Prime Minister, Enda Kenny, has made a final plea for a yes vote in the referendum to legalise gay marriage.

The taoiseach told the Irish electorate on Wednesday night: “There is nothing to fear for voting for love and equality.”

Kenny made his plea on live television ahead of a broadcasting embargo imposed on all sides of same-sex marriage debate.

Meanwhile, the pro-gay marriage campaign groups are claiming that a late surge in voter registration will boost the Yes cause.

It has emerged that over the past weeks of the campaign more than 68,000 new voters have been added to the electoral register.

Enda Kenny has also appeared in a video appealing for a Yes vote in the same sex marriage referendum.

Mr Kenny is shown having a chat with an elderly man, but does not say anything in the video.

The video, launched by Fine Gael, urges Yes voters to have a chat with a friend, colleague or relative and let them know why they’re voting Yes.