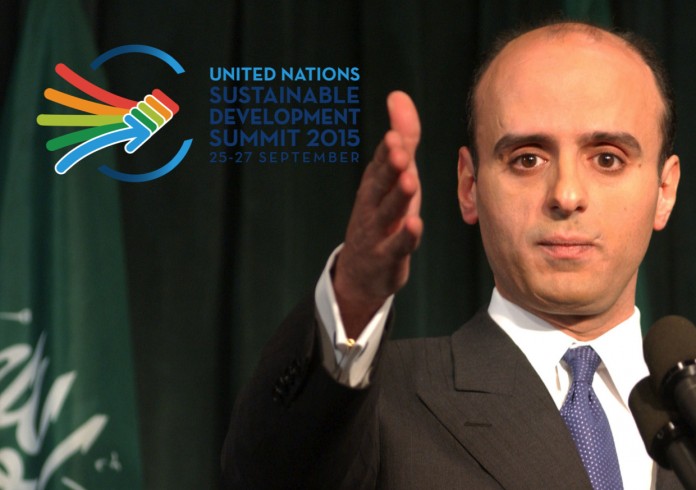 According to The Associated Press, Al-Jubeir told a UN summit of world leaders in New York that “mentioning sex in the text, to us, means exactly male and female,”

“Mentioning family means consisting of a married man and woman,” Al-Jubeir said, before adding that his country had the right not to follow any rules relating to any “deviations” from that belief.

One of the goals of The United Nations Sustainable Development summit is to ensure universal access to sexual and reproductive health by 2030.

However, both the Vatican and Saudi Arabia have expressed their concern that “sexual rights” include protections for LGBTI people.

In the Muslim-majority nation of Saudi Arabia Gay sex is a crime and is punishable by death under Sharia law.

In June 2015 The Saudi ambassador to the United Nations, Faisal bin Hassan Trad, said that the calls to change the law were a “flagrant interference in its internal affairs.”

Despite this, Faisal bin Hassan Trad has since been appointed chair of a UN human rights panel of “experts”, which non-governmental organisations have described as “scandalous”.

“It is scandalous that the UN chose a country that has beheaded more people this year than ISIS to be head of a key human rights panel,” explained United Nations Watch executive director Hillel Neuer.