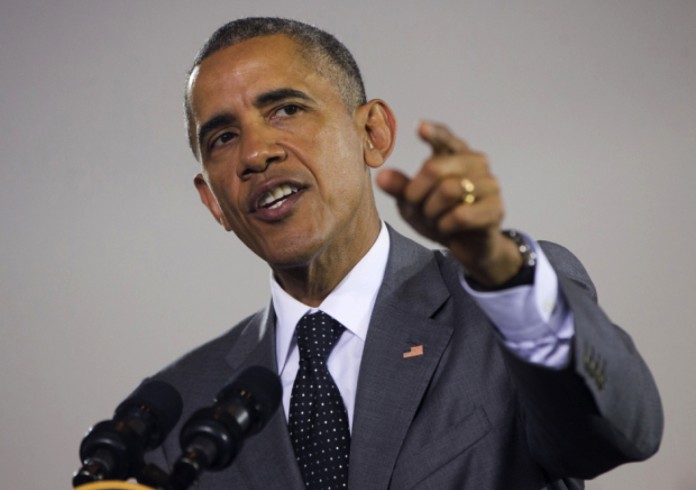 Barack Obama has come out swinging against Republican presidential candidates who oppose same-sex marriage at an LGBTI fundraiser in New York.

During the Democratic National Committee LGBTI fundraising gala, The president said the “good news” was that gay marriage would probably not be used as leverage in the upcoming election “because the country has come too far.”

Obama singled out three of the Republican Presidential candidates for special criticism, without mentioning names.

“AMERICA HAS LEFT THE LEADERS OF THE REPUBLICAN PARTY BEHIND,”

“One of their leading candidates argued that going to prison turns you gay,” Presdident Obama said in reference to Ben Carson.

“Another candidate boasts that he introduced an amendment to end nationwide marriage equality –which isn’t even an accomplishment at all,” in reference to Ted Cruz.

The president continued with, “A third says Americans should just disobey the Supreme Court’s ruling entirely.”

“I’m sure he loves the Constitution, except for Article III,” he referring to Mike Huckabee.

“And maybe the Equal Protection Amendment. And the 14th Amendment, generally.”

During his speech Obama also said that religious freedom was not a licence to discriminate against LGBTI people.

“We affirm that we cherish our religious freedom and are profoundly respectful of religious traditions.”

“But we also have to say clearly that our religious freedom doesn’t grant us the freedom to deny our fellow Americans their constitutional rights.”

“And that even as we are respectful and accommodating genuine concerns and interests of religious institutions, we need to reject politicians who are supporting new forms of discrimination as a way to scare up votes.

“That’s not how we move America forward.”

The President was introduced at the Democratic National Committee LGBTI fundraising gala by Jim Obergefell, the plaintiff in the landmark case that legalized same-sex marriage throughout the United States.