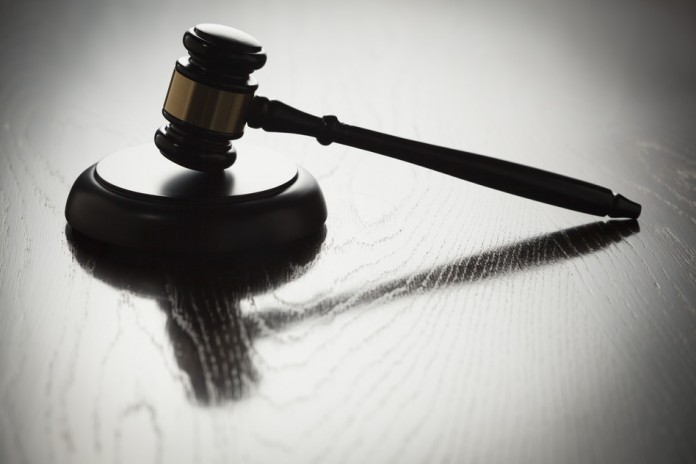 A man who allegedly failed to tell his sexual partner that he had HIV and infected the man has been arrested by Australian Federal Police while trying to board a domestic flight out of Sydney airport on Sunday.

Martin Jaksic, 28, is arrested four years after he allegedly failed to tell a 33-year-old man he was HIV positive before they became sexually involved

Police began investigating the matter in 2012 after a 33-year-old told them he was infected with the virus.

Wearing a black T-shirt, and with a bandage on his left arm, Jaksic appeared via audio-visual link in Central Local Court on Monday afternoon.

The alleged victim was in court for Mr Jaksic’s brief appearance and ran outside in a highly emotional and distressed state.

Under NSW law, HIV-positive people must tell anyone with whom they intend to have sex about their status, even if a condom is used, according to the state’s Health Department website.

The man was charged with recklessly inflicting grievous bodily harm which has a maximum penalty of 10 years in jail.

Magistrate Greg Grogin made an order suppressing the identity of the alleged victim, due to “repercussions that could flow” if he was publicly named.

“The allegation involved is one where the alleged victim has contracted a sexually transmitted disease due to the non-disclosure of the defendant of him carrying the disease,” Mr Grogin said.

Mr Jaksic did not apply for bail, and it was formally refused.

The matter has been adjourned until Thursday.