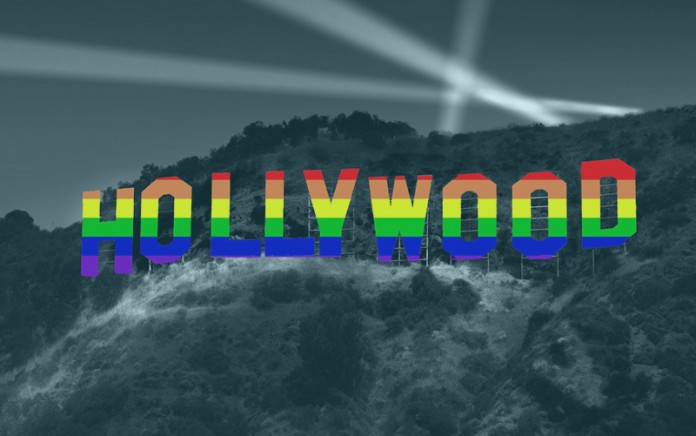 It has been a busy weekend of celebrity ‘gay’ gossip since new years eve. It seems to be a case of ‘being gay’ or ‘gay associated’ is the cool thing today, just like coconut water and selfies were in 2015. Here’s a roundup.

Blunt on being gay

In an interview with the BBC just before New Years Eve, Australian X Factor judge and singer James Blunt has said that being called gay is a compliment.

In the interview blunt said he, “would like to be considered an honorary gay man” in light of comments he received because of his “sensitive” songs.

“I sing songs that aren’t very macho and so people will say, ‘Oh you’re effeminate’ or ‘gay’ as if calling me gay were an insult,” he told the BBC Today programme.

“To call me gay is a compliment and I would like to be considered an honorary gay man because I’m totally at ease with myself.”

“Also, if I’d been macho, I’d just have had an audience full of men,” he said.

Troye Sivan has been out and chatting again since the release of his Blue Neighborhood album, discussing those ‘gay kissing’ scenes that were in his music videos.

Featuring three songs – ‘Wild’, ‘Fools’, and ‘Talk Me Down’, the videos follow a gay couple from their childhood friendship to a tragic ending.

He spoke to Australian 60 minutes in late 2015 and explained that when he was deciding who should be in the clip that he was torn because the song was a love story and yet traditional clips would have had Troye and a girl as his love interest.

In a recent interview with Triple V on Vevo, Sivan has explained what it was like kissing a boy on-screen for the first time.

Filming the videos involved some rather steamy kissing scenes between Sivan and his co-star Matthew Eriksson, and while the former had done love scenes before, it was rather an unfamiliar experience.

“I’d actually done it before with girls,” he revealed.

“It was my first time kissing a guy on screen. We had been friends on Facebook for a really long time but we had never met in person. The day after we met he was shirtless with his legs wrapped around me.”

The internet has been abuzz for the last 24 hours over some mildly specific Tumblr posts from American actor Colton Haynes.

The star of MTV’s Teen Wolf and CW’s Arrow has built up a lot of speculation after posting an ambiguous post to Tumbler.

Tumbler user “pornandmariah” submitted a comment to Haynes’s official account, telling him: “when I found out Colton Haynes had a secret gay past I got so excited even though it makes absolutely no difference in my life. ”

Haynes reblogged the comment to his own account, adding: “was it a secret? Let’s all just enjoy life & have no regrets :)”

Although Haynes has never officially come out as gay, his sexuality has frequently been the subject of debate.

Back in 2013, gay Arrow costar, John Barrowman grabbed Haynes’ hand for the paparazzi in what appeared to be a flirtatious joke.

Even before that, Haynes had posed for a very homoerotic shoot in the March 2006 issue of XY Magazine.

10 years later, perhaps Haynes has finally become comfortable enough in his own skin.

Since most celebrities seem to already be out before finding themselves in the limelight these days, the pressure to bother with a public statement seems to have dissipated.

Or is it just a phase they are all going through?