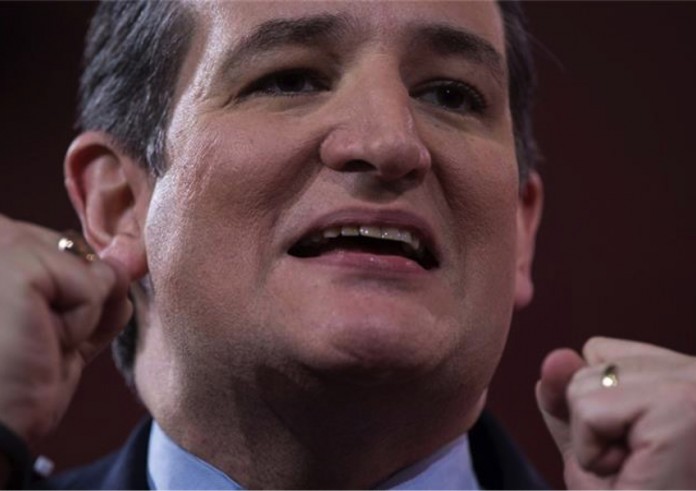 During his speech at the Rally for Religious Liberty, Republican Presidential Candidate Ted Cruz has announced his plans to fight the United States Supreme Court’s ruling in legalising marriage equality.

The Presidential hopeful urged people to “stand together” and fight against marriage equality. “This is not settled … It’s not the law of the land. It’s not the Constitution. It’s not legitimate, and we will stand and fight.”

Before pleading to the audience to get out and make a difference in the upcoming election for the White House, Cruz reminded the audience that marriage should be “left to the states and left to the people.”

“When we stand together the truth is mightier than the lies.”

“The light is stronger than the darkness. And let me give you the fact that absolutely terrifies them: There are more of us than there are of them,” added Cruz.

The latest Quinnipiac University poll has Cruz is holding steady in the crowded Republican Presidential Candidate field on 13%. Comparatively Donald Trump is sitting on 24%, Ben Carson, is at 23%, and Marco Rubio is at 14% of Republican votes.