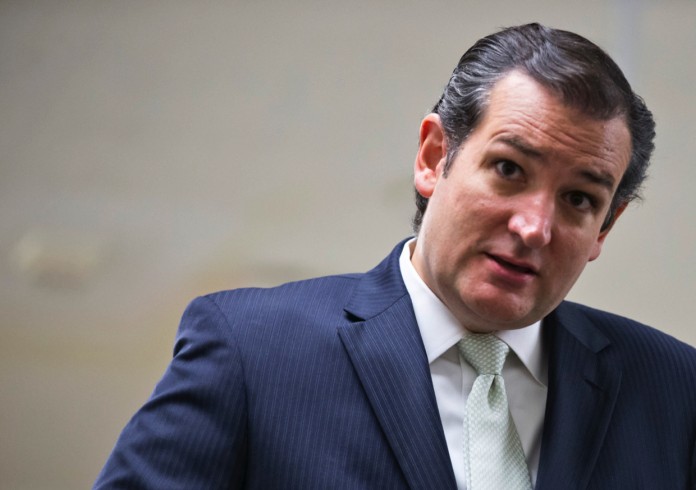 According to Right Wing Watch, the rally which is being held at the Bob Jones University campus, will feature the Republican presidential candidate himself and Tony Perkins, Pastor Kevin Swanson, and EW Jackson.

Former police officer and television reporter, Tony Perkins who is currently the president of the Family Research Council, has referred to LGBTI activists as “pawns” of the devil.

Pastor Kevin Swanson who has called for the death of gays and lesbians, will also be joining Cruz in the rally. Last week, Cruz participated in a Iowa conference held by Swanson. Pastor Kevin Swanson in the past has blamed natural disasters on homosexuality, and urged people to hold up signs telling same-sex couples to die on their wedding day.

As reported by Right Wing Watch, Swanson insists “the homosexual borg, is the power in the principality of the demonic world itself.”

Virginian activist Earl Walker Jackson is the final homophobe to be joining the rally. During an interview in 2012 the minister and lawyer described LGBTI people as “spiritually darkened.”

During the 1970’s and 1980’s the Bob Jones University who are providing the venue for the rally used the Bible as justification for its racially discriminatory policies that included the school banning interracial dating. Despite being founded in 1927, black students were not admitted until 1971.