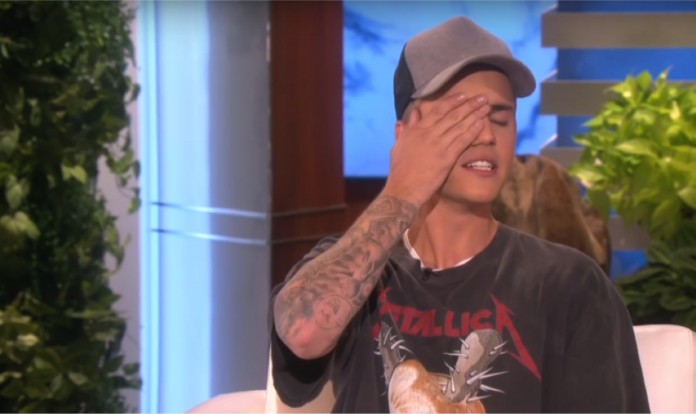 Speaking on the Ellen DeGeneres show, Canadian singer, songwriter Justin Bieber has given his thoughts on the viral nude pictures taken of him by paparazzi while on holiday in Bora Bora.

Justin Bieber’s recent full-frontal nude pictures had allegedly been snapped without his knowledge by a paparazzi lurking nearby on a boat while the 21-year-old was holidaying after his trip to Australia and New Zealand.

The Sorry singer previously explained that he felt “super-violated” by the incident, says he had only been alerted to the existence of the photos a couple of days later after a friend informed him.

“The first thing I saw was the censored one, with the black thing over it, and I thought, ‘Oh my goodness, I don’t know what this is going to look like…’ ”

Justin adds cheekily, “It wasn’t as bad as I thought it was going to be.”

“Well, I’m not expert but I heard that it was good,” Ellen explained.