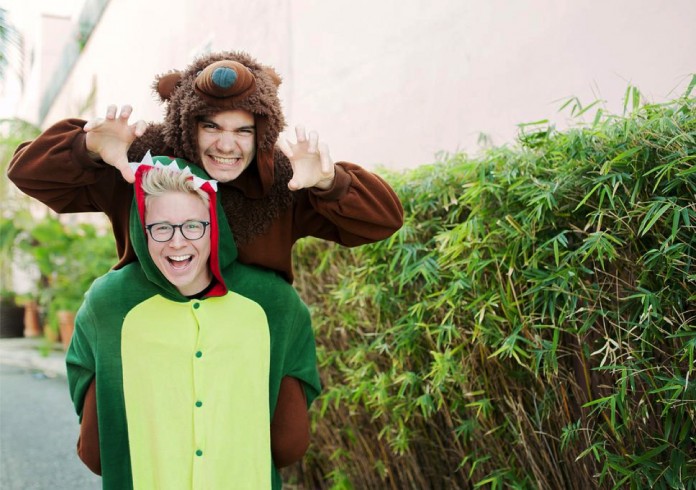 YouTube stars and best friends, Tyler Oakley and Korey Kuhl, have been announced as one of the teams to compete in the next season of the CBS reality competition The Amazing Race.

The gay duo, who together also host the popular podcast Psychobabble, will attempt to become the first gay team to win the one million dollar prize since Josh Kilmer-Purcell and his husband Brent Ridge won the 21st season of the show in 2012, and Reichen Lehmkuhl and Chip Arndt won in 2004.

They also follow fellow YouTubers Joey Graceffa and Meghan Camarena who competed in season 22 and again in the recent All-Stars season of The Amazing Race.

Oakley who has gained over 7.7 million subscribers since he first began uploading videos to his YouTube channel in 2007 announced his entry into The Amazing Race tweeting, “Today I leave to compete on @AmazingRace_CBS with my bestie @koreykuhl!! if you spot us in your country, say hey!”

Kuhl, who met Oakley while the pair were students at Michigan State University, started his self-titled YouTube channel in July 2012, and broke the news to followers tweeting, “Please excuse my absence while I go on The @AmazingRace_CBS with @tyleroakley! this is not a drill!! BYEEEEE!!!”