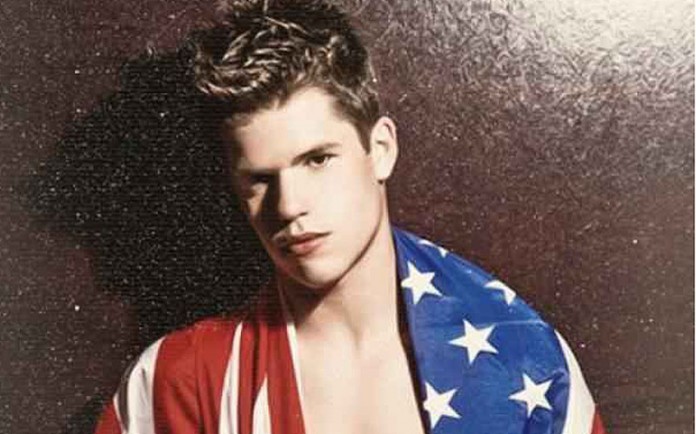 In a scene all too familiar in recent months, another Hollywood star has used social media to come out as gay.

Teen Wolf star Charlie Carver just publicly came out as gay to his over 700 thousand Instagram followers by writing an essay in the caption spaces beneath a series of five pictures of the phrase, “Be who you needed when you were younger.”

Though he has played several gay characters during his acting career, Carver had never publicly commented on his sexuality.

Carver is best known for playing Porter Scavo, son to Felicity Huffman and Doug Savant’s characters, Lynette and Tom Scavo, in Desperate Housewives, which ran for eight seasons from 2004 to 2012.

Entertainment Weekly reported that Carver came out to family and friends awhile ago, but he did not make this public knowledge because of concerns about his sexuality impacting his Hollywood career.

In one part of the essay he writes, “my relationship to my sexuality soon became more complicated.

I wanted to believe in a world where one’s sexuality was for the most part irrelevant. … Furthermore, as an actor, I believed that my responsibility to the craft and the business was to remain benevolently neutral — I was a canvas, a chameleon, the next character.”

Homophobia in Hollywood has been the topic of much recent discussion, especially with actor Matt Damon having created a controversy in late September when he said, ”But in terms of actors, I think you’re a better actor the less people know about you, period. And sexuality is a huge part of that. Whether you’re straight or gay, people shouldn’t know anything about your sexuality because that’s one of the mysteries that you should be able to play.”

Carver continued, “Over time, this abstract “knowing” grew and articulated itself through a painful gestation marked by feelings of despair and alienation, ending in a climax of saying three words out loud: “I am gay”. I said them to myself at first, to see how they felt. They rang true, and I hated myself for them. I was twelve. It would take me a few years before I could repeat them to anyone else, in the meantime turning the phrase over and over in my mouth until I felt comfortable and sure enough to let the words pour out again, this time to my family…”

Carver finished by saying “let the record show this- I self-identify as gay. And does that really matter anymore? As a young man, I needed a young man in Hollywood to say that — and without being a d*ck about it, I owe it to myself, more than anything, to be who I needed when I was younger.

“And let the record show my twin brother is just as cool for being straight.”