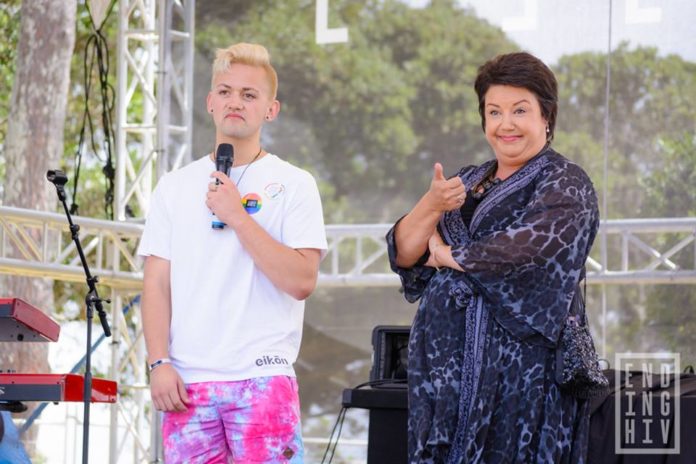 It’s been just over two weeks since Charlie Tredway, a 33-year-old HIV activist from Auckland was crowned as Mr. Gay New Zealand 2017 at the final held at the Ending HIV Big Gay Out.

To celebrate the largest and most diverse Mr. Gay New Zealand Competition so far, Eikon has put together a list of our favourite pictures from the final.

18-year-old Caleb Norman from Tuakau has a chuckle on stage while being questioned by National MP, Paula Bennett.

James Bennett of Rainbow Pages, speaks passionately on why he wants to represent New Zealand at Mr. Gay World 2017, while both Cody and Caleb check out the NZAF camera man.

4. Jacinda  Ardern – The Tables Have Turned

Labour Party MP, Jacinda Ardern, illustrates her ability to lead, taking control of the questioning after confiscating the microphone from MC Aziz Al-Sa’afin.

In winning form, Charlie Tredway explains why he wants to be 2017’s Mr. Gay New Zealand, taking stigma, and intolerance head on.

1. Caleb Norman – The Face Says it All