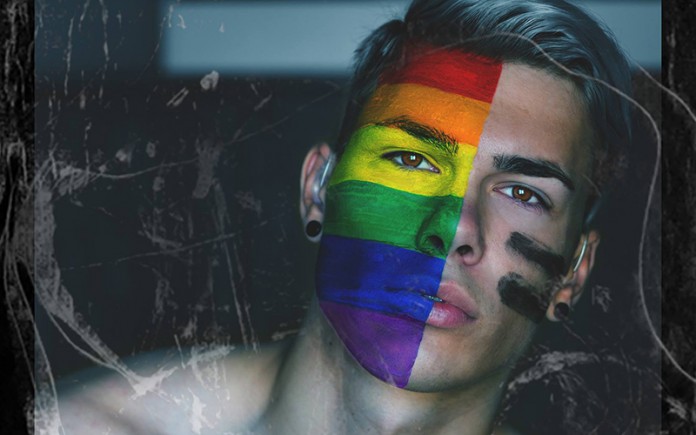 A 21-year-old student has taken out the Mr Gay Germany contest on the weekend and has made it clear he’s not just a good looking representative but also wants to make a difference to the LGBT community.

The finale was held in Berlin on Saturday night and just like the upcoming Mr Gay New Zealand competition, the winning criteria of Mr. Gay Germany is based on more than looks.

The winner Tony Eberhardt ran on a campaign platform called “New Tomorrow” which seeks to combat bullying, homophobia, discrimination and enmity by addressing the issue at the source… the bullies themselves.

“With my campaign ‘New Tomorrow’ I want the people who currently discriminate against or bully others to reconsider their social and political behavior, to leave yesterday behind and work together to create a new tomorrow,” Eberhart said while addressing his campaign.

The issue is close to Eberhart’s heart as he was often on the receiving end of the bullying and discrimination during his childhood.

As an infant, he lost 95% of his hearing due to an inner ear infection and now must use hearing aids to carry out normal conversation.

This “disability” led to harassment that only got worse when he came out as gay.

However, his strong will and character proved to be larger than his bullies and he has gone on to live a full life filled with sports, photography and work as a model walking down the runway in high-profile fashion shows, including the Berlin Fashion Week.

And now he can add Mr. Gay Germany to that list of accomplishments.

Eberhart currently attends a boarding school for the hearing impaired in Berlin and looks to go on to study Media and Business Law.

As the New Mr. Gay Germany, Eberhardt will be representing Germany in the 2016 Mr. Gay World competition taking place this April in Malta, but before that he will be enjoying his prize trip to New York City, a photo shoot on the Spanish island of Mallorca, and a stay at the Paso Chico Resort in Gran Canaria.

While Eberhardt took this year’s title, Aaron King finished the competition as first runner-up and the second runner-up title went to Jonathan Gregory.